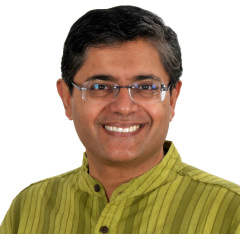 The expert comments as well as gossip about the next general elections is growing louder by the day. Political parties are re-positioning themselves to increase their likelihood of forming the government in 2014. Amidst this hullaballoo, the political class has conveniently turned a deaf ear to the calls by civil society groups to undertake critical electoral reforms such as decriminalising politics.

Several government-appointed Commissions have already made clear recommendations for reforms, but the political will to implement these recommendations in letter and spirit is lacking. At a recent conference on decriminalisation of politics, the Law Minister acknowledged the problem but chose to refer it to yet another Law Commission specially constituted for the purpose. Instead of dilly-dallying, a government that genuinely intends to bring about reform should instead be using its energies to build political consensus to tackle these issues at the earliest. The opposition, too, shares the responsibility for making this happen.

We have allowed criminalisation in politics to go completely unchecked. The numbers are appalling. In the Lok Sabha (the Lower House of the Indian Parliament), 76 of the 543 members elected in 2009 had been charged with serious criminal offences such as murder, rape and dacoity.

Under the present setup, getting elected to the legislature becomes a convenient shield to delay and extend the legal processes and escape being convicted. The Second Administrative Commission noted that the “opportunity to influence crime investigations and to convert the policemen from being potential adversaries to allies is the irresistible magnet drawing criminals to politics.”

Surprisingly, the current law goes overboard in offering protection to those convicted of criminal offences. Section 8(4) of the Representation of People Act, 1951 allows a Member of Parliament (MP) or a Member of a State Legislature (MLA or MLC) to retain his or her seat in the House even when convicted, if he or she appeals against the conviction.

The Supreme Court is currently in the process of hearing two Public Interest Litigations (PILs) that challenge this section on the ground of violating the right to equality under the Constitution of India. While the Representation of People Act, 1951 debars candidates convicted of serious offences from contesting elections for six years after their release from prison, Section 8 (4) of the same Act makes an exception for sitting legislators. This grants an unfair advantage by allowing convicted legislators to contest elections, while at the same time denying the right to those who are convicted but do not hold office.

In addition, political patronage and a ‘culture of adjournment’ collude to prevent speedy trials against elected representatives. Public prosecution is often ineffective and coloured by vested interests. All in all, the system is wired to push for a favourable outcome for an accused elected representative.

I have recently submitted three Private Members’ Bills in the Lok Sabha that aim to attack the roots of this problem. My first Bill proposes to amend the Representation of People Act, 1951 to remove the exception that allows MPs & MLAs/ MLCs to continue in the Legislature even after conviction. The second would set up Fast Track Courts for speedy trials (within 90 days) of criminal cases against all elected representatives.  This would expedite criminal cases against all MPs, MLAs/ MLCs and elected members of Panchayats and Municipalities established under the State Panchayati Raj Legislations. The third would amend the Code of Criminal Procedure to empower independent and effective prosecutors.

In a country that is infamous for its snail-paced judiciary and the gargantuan pendency of cases, the simple tweak that fast-tracks criminal cases against elected representatives will go a long way towards resolving the problem. Unlike some other proposals that bar candidates from contesting elections if charged with criminal cases, this solution would not vitiate the presumption of innocence, and should be seen as a ‘privilege’ given to elected representatives, an opportunity to quickly clear their names of malicious or frivolous allegations.

To ensure that proceedings don’t suffer due to ineffective or biased prosecution, my third Bill proposes to increase accountability and transparency in the appointment of prosecutors so as to shield them from political interference. Though the current Code of Criminal Procedure calls for ‘consultation’ with the judiciary for all appointments to the post of public prosecutor, the requirement has been diluted through amendments in many states. Often, special public prosecutors are appointed at the whims and fancies of the government, without adequate reasoning, to suit special interests.

My Bill mandates the establishment of a separate Directorate of Prosecution in each state with administrative control over all prosecutors in the state. It requires that each public prosecutor must be appointed with the ‘concurrence’ of the presiding judge of the court, and also sets down objective criteria for the total number of prosecutors (the shortage of whom is another current problem). The Bill also brings in transparency in the appointment of special public prosecutors, by requiring a detailed and written explanation from the government about the reasons for each appointment.

There is an urgent need to break the criminal-political nexus. Unless some decisive action is taken soon, the public will lose all faith in politics, politicians and democracy itself. This will do irreparable damage to our republic. I recognise that Private Members’ Bills haven’t been passed by our Parliament in decades.  Nevertheless, they serve as useful tools to build awareness, gather public support and pressurise the government. The next general elections are around the corner. There is no time to lose.

Mr. Panda’s Private Members’ Bills may be accessed at:

The Representation of People (Amendment) Bill, 2013