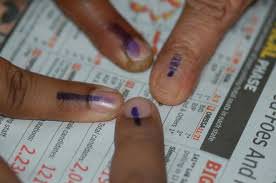 
Simon Chauchard is an Assistant Professor of Government at Dartmouth College

The frequency with which alleged or convicted criminals manage to gain public office threatens the ideals and the functioning of the Indian democracy.

While I see no need to repeat the alarming sets of statistics presented in previous posts, let me simply add one additional concern to this enumeration: the problem might be getting bigger. During the 2007 election in UP, 140 of these candidates won assembly seats. During the 2012 election, 189 of these candidates won assembly seats. While some have attributed this increase to the change in winning party, this explanation appears to be inaccurate. All major parties – throughout the country – have fielded criminals and it is not impossible that we might be faced with a spiraling upward trend and an increasing reliance on criminals on the behalf of parties, especially given the exponential costs of elections in India.

Jay Panda’s propositions represent a step in the right direction. If they can be voted as such, these propositions will effectively change the composition of assemblies. As such, they should restore some confidence in the democratic process among voters.  Obviously, one would have to ensure that these ambitious reforms are implemented on the ground, which may necessitate further reforms and/or the channeling of additional resources, especially in the judicial field.

Yet, even if these reforms were impeccably implemented, they would unfortunately remain insufficient if the objective is to tackle the influence of the criminal world on politics.  It is difficult to imagine that criminals would be incapable of adapting to more stringent laws. Criminals wanting to play a role in politics could easily manage to get proxies elected to their former positions. Politicians associated with the underworld might also get better at delegating criminal acts to lieutenants in order to shield themselves from potential prosecutions (I for one have always wondered why powerful men take the risk of hurting people themselves, as is reportedly the case with a sizable number of Indian MLAs, instead of delegating this task).

More generally speaking, removing criminals from assemblies would only yield marginal benefits if the larger issues that caused criminals to be elected in the first place were not simultaneously treated.

What are these causes? To build on Milan Vaishnav’s framework, why do parties give criminals tickets, and why do voters prefer them to other candidates in competitive elections?

On the subject of parties’ penchant for criminals, I agree with Vaishnav’s point that the exponential cost of campaigns and the absence of effective controls on party finances are to blame. Concerning voters’ preferences for criminals – the aspect on which my work has so far focused — I would however like to devote the rest of this post to entertain another possible explanation.

Here is a brief summary of the discussion on this topic. There are several possible reasons why Indian voters elect so many “criminal types” to local and national assemblies. Some authors have suggested that criminals might be able to intimidate voters prior to the vote. A second explanation has focused on the availability of information about candidates: voters may simply not know of the criminal past or the criminal affiliations of candidates. A third range of arguments has finally suggested that well-informed voters prefer or are indifferent to “criminal” candidates. A version of this “taste-based” argument suggests that well-informed voters may actually prefer “criminal” candidates over “clean” candidates in certain contexts. Proponents of this view base their reasoning on ethnographic intuitions about the appeal of “strongmen” among certain groups and in certain areas of India: in ethnically-tense contexts, voters may prefer alleged criminals to other types of co-ethnic candidates insofar as criminality can be seen as a mark of the credibility or the effectiveness of the politician (this is, I believe, the argument Vaishnav made in the previous post).

While there is some value to each of these explanations, I believe there is a much simpler and much more general explanation for why Indian voters end up selecting criminals with such regularity. This explanation has to do with the disproportionate role that ethnicity (mainly caste and religion) plays in voters’ preferences.

Voters may vote for criminals even though they do not value criminality. The intuition behind this apparent paradox is simple: if voters perceive that they would be significantly better-off with a coethnic than with a non-coethnic, but only marginally better-off with a non-criminal than with a “criminal” representative, they might prefer a criminal candidate who is a co-ethnic to a non-criminal one who is not.

According to this argument, the criminalization of assemblies does not stem from voters’ lack of information, their indifference to or preference for criminals, but rather due to the fact that Indian voters are trapped in ethnicity-based decisions. Even if they dislike criminals, voters may be tempted to vote for them because of their ethnicity. In other words, ethnicity may trump candidate quality.

If this hypothesis is correct, then part of the blame lies in the disproportionate influence of ethnicity on voting decisions, and in what causes ethnicity to be the defining feature of Indian politics.

This differs from Vaishnav’s argument insofar as it suggests that voters do not even need to view criminality as an asset in order to select criminals. Aside from this nuance, in broader terms, I agree with Vaishnav about the major changes that need to be implemented in order to make sure that voters make more enlightened choices. As long as the state is unable to “impartially deliver benefits, physical safety and timely justice,” politics will be continue to be based on some form of patronage. As long as politics is based on patronage, it will likely be based on ethnicity. And as long as politics is based on ethnicity, voters’ primary incentives will not be to pick virtuous candidates.

This article is being run as a part of our special series  ’Decriminalization of Indian politics’. To know more/comment/contribute mail us at [email protected]