Do Cleaner MPs Lead to a Cleaner Parliament?

Do Cleaner MPs Lead to a Cleaner Parliament? 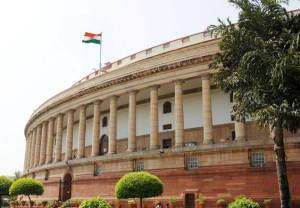 
Devesh Tiwari is a PhD candidate in Political Science at the University of California, San Diego. His website is http://polisci2.ucsd.edu/dtiwari/. Devesh would like to thank the Liberty Institute of India (empoweringindia.org/) for providing data on the criminality of Members of Parliament.

The public release of candidate affidavit data has confirmed many of the suspicions that the public has had about the criminalization of Indian politics. As noted by nearly everyone who pays attention, candidates who have been charged with committing a crime, even violent and serious ones, are more likely to win elections than candidates with a clean record.  The startling result that nearly one in four Members of Parliament (MPs) in the Lok Sabha have a criminal record has sparked a research agenda devoted to explaining why voters are willing to support such candidates. Another potential research agenda concerns itself with connecting the attributes of MPs to the quality of governance at large in India.

Indeed the quality of governance is a problem. Since the national elections in 2009, the incumbent United Progressive Alliance (UPA) has been besieged by a seemingly endless stream of corruption scandals, calling into question the quality of their governing ability by many of their critics. The sheer magnitude of these scandals (such as the 2G spectrum allocation scam which resulted in hundreds of billions INR of lost revenue for the government) leads one to marvel at the fact that the UPA will be able to serve out its full term in office by the time elections will be held in 2014. The UPA is not alone in being tied to corrupt behavior however: India is replete with examples of grand corruption at all levels of government, regardless of which party is in power. The natural conjecture is that the proliferation of criminal politicians, along with the presence of a criminal political nexus, are somehow related to these corruption scandals occurring on a regular basis.

Political reforms aimed at increasing the quality of politicians in India, whether it’s the candidate disclosure requirements mandated in 2003 by India’s Supreme Court, or Mr. Panda’s proposed reforms aimed at screening out criminal politicians, carry with them the implicit assumption that increasing the quality of representatives will lead to better governance.  In other words, cleaner MPs will lead to a cleaner Parliament. This assumption cannot be taken for granted as it is entirely possible to have a Parliament free of individuals with checkered pasts, yet still have a government that is consistently engaged in corrupt behavior. The larger issue is whether or not these reforms aimed at removing criminals from the political arena will lead to better governance.

One way to answer this is to compare the behaviors and actions of MPs with criminal records, with those without. If there is a difference, and if non criminal MPs are normatively better, then it is possible that these reforms will make for a cleaner, and more effective, Parliament. On the other hand, if there is no observable difference between the two types of MPs, then this would either mean that the concerns about the criminalization of Indian politics is overblown, or that we should be concerned about the quality of representatives, and representation, in India at large, and not solely focus on those with criminal records.

At a minimum, MPs are asked to represent the interests of their constituents by attending Parliament, participate in debates and question hour, and engage in executive over sight by participating in Department Related Standing Committees. Additionally, MPs are given a yearly allotment of funding meant for development related projects within their constituency (MPLADS), a program that began in 1993. As is the case in many parliamentary democracies, policies are formulated within the cabinet meaning the MPs have little direct influence on the content of legislation.

PRS Legislative Research tracks the attendance rate, and participation of MPs in debates and question hour for all MPs beginning in 2004. They have generously posted these data on their website. An analysis of these data for MPs who were in office between 2004 and 2011 has revealed that the only difference between criminal MPs and non criminal MPs is that the former attend Parliament less, with an attendance rate 6 to 9 percentage points less. With respect to debates and questioning, there is no statistically significant difference between the two types of MPs.  With regards to the use of MPLADS funds, an analysis of expenditure data for MPs elected in 1999 (data provided by Phil Keefer of the World Bank) reveals again that there is no statistically significant difference in MPLAD spending between the criminal and non criminal MPs. Taken together, the only difference between criminal and non criminal MPs seems to be that criminal MPs attend Parliament less.

What does it all mean?

Does the lower attendance rate of criminal MPs imply that they are bad representatives? Not necessarily. Keen observers of Indian politics have remarked that Members of Parliament (and their state level counterparts) have little incentive to attend Parliament since their actions within Parliament contributes very little to their ability to get re-elected. Indeed, a civically minded MP (especially if he is in the opposition) has every reason to devote his time and energy at home performing constituency service, instead of being in Parliament exerting energy on tasks for which there is little political reward. This logic is backed up by the fact that there is no relationship between the level of MPLAD spending by MPs and their chances of being re-elected.

Does the lack of a difference on other dimensions mean that non criminal MPs are bad representatives? Again, not necessarily. It may be the case, and even likely, that civically minded MPs are not given the resources and responsibilities to differentiate themselves from criminal MPs, and thus be rewarded for their good performance by party leaders and their constituents.  Indeed, the underlying problem in India might be that MPs lack the incentives to vigorously pursue their duties in New Delhi, giving opportunistic politicians the chance to engage in bad behavior without any real fear of being caught. The paradoxical solution may be to empower Parliament and MPs, despite the fact that many in India hold justifiably cynical views about their government.

In conclusion, the reforms aimed at cleaning the pool of candidates for Parliament is an excellent start to reforming government, but it may not be enough. Reforms that empower MPs and allow clean MPs to differentiate themselves from criminal (or corrupt) MPs are also needed to strengthen the electoral connection between good behavior and political ambition.