A Case for Democratising Lobbying in India

A Case for Democratising Lobbying in India 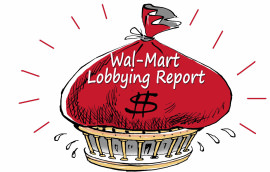 Kaushiki Sanyal is a Senior Analyst with Bharti Institute of Public Policy, Indian School of Business and Harsimran Kalra is Public Policy Scholar with The Hindu Centre for Politics and Public Policy.

The issue of lobbying hit the headlines two years ago when recorded phone conversations of corporate lobbyist Nira Radia exposed her role in the 2G spectrum scam.  More recently, with Walmart’s disclosure of its lobbying expenses in India, questions were raised about the strategies adopted by the corporate to enter the Indian market.  Unfortunately, since lobbying activities were repeatedly identified in the context of corruption cases, they became synonymous with corruption and political scandals in the public consciousness.  However, in practice every interest group lobbies with policy makers with varying means of influence and degrees of success.

At present, a few countries have laws to regulate lobbying.  These include Australia, Canada, US, Germany, Hungary, Poland, Lithuania, Slovenia, Israel and Taiwan.  Other countries such as France, Spain, Portugal, India and Japan do not have any such law while UK and Ireland regulate the lobbied.

Although India currently does not regulate lobbying, it is likely to move toward that direction.  Before the government drafts a law, it is essential to get clarity on the activities sought to be regulated and sanctioned.  In this article, we explore how other countries have defined lobbying, the mechanism they adopted to regulate these activities and the lessons India could learn from their experience.

In common parlance, lobbying means any activity of a group or individual with special interest designed to influence the legislative or regulatory actions of a public authority.  Countries such as the US, Australia, Germany, Poland, Slovenia and Canada define lobbying to mean any communication with a legislator or a bureaucrat to influence decision-making on a policy matter.  Generally, communication with parliamentary committees and responses to requests made by the government from specific individuals or groups are exempted from the definition of lobbying.

Incidentally, in 2013, Kalikesh Narayan Singh Deo, a Lok Sabha MP from Orissa introduced a Private Members Bill to regulate lobbying activities.  The Bill required lobbyists to register themselves and defined lobbying as “communication with and payment to a public servant with the aim of influencing” a legislation or securing an award of a contract.  Such a definition however blurs the distinction between lobbying and bribery.  It may even have the unintended consequence of legitimising bribery prohibited under the Prevention of Corruption Act, 1988.  While lobbying without the use of extortive and corrupt means furthers democratic ideals of participation and should be legitimised, bribery is illegal because it prioritises personal gains over public interest.

Who is a lobbyist?

The effectiveness of any law on lobbying lies in identifying the lobbyist.  This task is fraught with difficulties.  For instance, in the US, the 1946 Federal Regulation of Lobbying Act defined ‘lobbyists’ as persons who receive or solicit contributions to influence legislation by directly communicating with legislators.  Apart from others, this definition excluded groups that lobbied without the assistance of professional lobbyist.

Some countries restrict the definition of lobbyists to those who are paid to do so while others have a wider definition.  For instance, the US, Australia, Canada, Poland and Lithuania identify only professional lobbyists while Taiwan includes both individuals who lobby on their own behalf and professional lobbyists.  Australia specifically exempts charities and non-profits and individuals lobbying on his own behalf from the definition.

How to regulate lobbying ?

Most countries require lobbyists to register with an authority and disclose certain information about their clients and the methods they employed to carry out lobbying.  In Australia and Slovenia, a lobbyist may be prohibited from engaging with policy makers if he violates the law.  In Lithuania, such prohibitions may be imposed if he violates the law or is convicted of a crime.  In the US and Canada, penalty of a fine or imprisonment may be imposed on the lobbyist guilty of contravening the law.

Lobbying in India is unregulated but not illegal.  Many interest groups actively lobby with the government for change in laws and policy decisions.  Interest groups not only include corporates, but also farmers’ associations, women’s organisations, trade unions and environmental groups. For example, women’s groups campaigned for the Domestic Violence Act; MKSS, a coalition of NGOs, campaigned for a Right to Information Act; Greenpeace lobbies against use of nuclear power plants and other technologies that degrade the environment.  However, the public remains unaware of the special interest or advocacy groups that may have influenced a policy decision. Regulation would bring in much-needed transparency in the process but should guard against creating barriers to access for ordinary citizens wanting to engage with their political representatives.

Some questions that India needs to consider before drafting a lobbying law are given below.

First, who should be termed as a lobbyist and what kinds of activities should be deemed as lobbying?   Given the proliferation of NGOs and advocacy groups, should they be exempted from the law? What is the fallout if they are exempted – would it restrict their access to legislators or give them undue advantage over groups representing more commercial interests?  Should making representations to parliamentary committees be excluded from the definition of lobbying?

Second, how should lobbying be regulated?  Should India adopt the mechanism used in most countries, i.e., maintain a register of lobbyists or should it explore alternative options better suited to the country’s needs?  Which body should be entrusted with the task of registering and regulating lobbyists? Should it be an independent authority or a body within the government or the Parliament Secretariat?

Third, keeping in mind the argument that high disclosure requirements may drive the activity underground, what type of information should lobbyists disclose?  Should there be a corresponding requirement for elected officials and government servants to disclose their engagement with lobbyists?

Fourth, what kind of penalties should be imposed on lobbyists for flouting the norms?  Would de-registration be sufficient deterrent or is there a need for higher sanctions?  Should there be corresponding penalty for the lobbied also?

While formulating a law, lobbying should be treated as a legitimate right of every citizen in a representative democracy.  The focus of the law should be to ensure that competing groups have reasonably equal access to policy makers by incentivising groups to register. Such an approach would allow citizens from across the spectrum to participate in the policymaking process thereby strengthening the democratic roots and ensuring transparency in the decision-making process.