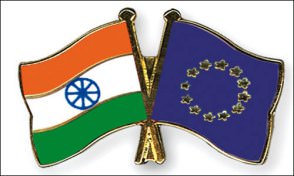 Bhargavi is a Mumbai-based Solicitor and has an M&A, PE and general corporate practice in India. She is presently part of a research program at Harvard Law School and is researching on investment policy and lawmaking, and the interface between legal professionals and policymakers in India.

India and the European Union are closer, now more than ever before, to finalizing the Trade and Investment Agreement (Indo-EU TIA/ Agreement), which they have been negotiating since 2007. This is perhaps the perfect time for India to press for ‘anti-corruption’ provisions to be included in the still-being negotiated Agreement. Taking cue from its experience in the Bofors scam, the 2G scam and more recently, the Augusta Westland scam, India could use the Indo-EU TIA as a platform to deter potential foreign investors and trade partners from inducing a corruption-infested culture in developing economies. Also, this would send out a strong anti-corruption message at a global level from a Government widely perceived as scam-ridden.

In the context of international trade and investment agreements, an ‘anti-corruption provision’ can have different meanings. It may mean a provision obligating the countries party to a trade agreement to combat corruption within their respective countries by adopting global anti-corruption conventions, increasing transparency in Government procurement processes, etc. More unconventionally, it may refer to a provision that deprives a trade transaction or investment infected by corruption of the standard protection offered by the trade or investment agreement. This post concerns itself with the latter meaning.

International trade and investment treaties offer certain protections to foreign traders and investors. The existing legal regime in this area suggests that investments proved to have been tainted by corruption are divested of such standard protection. The award made by the International Centre for Settlement of Investment Disputes (ICSID) in what is popularly known as the World Duty Free case can be cited as the beacon in this direction. The litigation involved a claim brought by a foreign investor against the Government of Kenya. The investor sought damages from Kenya for having wrongfully expropriated the investor’s duty-free business. In the course of the proceedings, the claimant-investor admitted to having bribed the Kenyan President to procure a license to operate the duty-free business. On this basis alone, ICSID rejected the investor’s claim by relying on the concept oftransnational public policy.

The more recent Argentine-Seimens case should also inspire India to press for anti-corruption provisions in the Indo-EU TIA. In 2002, Siemens, a German conglomerate, instituted arbitration proceedings against Argentina under the German-Argentine Bilateral Investment Treaty. Siemens alleged unlawful expropriation by the Argentine Government for having unilaterally terminated a Government contract procured by Siemens in Argentina. The tribunal directed Argentina to pay damages to the tune of USD 200 million to Siemens for having unlawfully expropriated its investment in the country. During the pendency of the proceedings, it was found that Siemens had bribed Argentine officials for procuring the relevant tender. Consequently, Siemens voluntarily surrendered its award and withdrew all claims related to the case.

In addition to combating corruption within the country, inclusion of anti-corruption provisions in the Indo-EU TIA will benefit India strategically. Not only will it result in dispersing the general perception of the vulnerability of developing economies to corruption, such a provision will also enable the Indian Government to indisputably avoid extending the benefits of a treaty to a foreign investor who is proved to have engaged in corrupt practices in the course of doing business in India.

Many international trade and investment treaties contain provisions that protect only those investments that are made ‘in accordance with’ the law of the country in which investment is made (commonly referred to as the Host Country). More often than not, countries defend acts of expropriation by arguing that the investment in question was not, in fact, made in accordance with the law of the Host Country. For instance, in Inceysa Vallisoletana S.L. v. Republic of El Salvador, Inceysa, a Spanish company, instituted arbitration proceedings under the El Salvador/Spain BIT claiming compensation from the Salvadorian Government for unlawful expropriation of its Salvadorian business. El Salvador argued that Inceysa had obtained the relevant Salvadorian concession illegally by submitting false financial statements and making misrepresentations. The tribunal accepted these objections and dismissed the claim, as the investment was not made in accordance with law.

To conclude, both practice and jurisprudence indicate that the defense of corruption is increasingly available to countries fighting compensation claims for expropriation under investment and trade treaties. Such defense has, in the past, been allowed on the grounds of international public policy or the ‘in accordance with the law’ provision discussed above. However, instead of relying on jurisprudential history or a somewhat broadly defined concept of transnational public policy, it may well be worth India’s time to negotiate anti-corruption safeguards in the Indo-EU TIA at this stage itself. Moreover, given the track record of the EU in promoting anti-corruption and bribery conventions at a global level, it may be a far less contested issue in the negotiations.

This article was first posted at  http://polityinindia.wordpress.com/