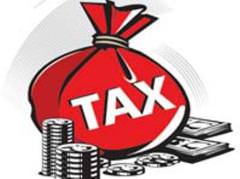 Rohit Sinha is a research scholar at the Centre for Economy & Development at the Observer Research Foundation, New Delhi.

With the Budget presented, the debate on revenue foregone by the government in the previous financial year has resumed once again. The statement of revenue foregone presented for the first time in 2006-07 union budget rightly deserves as much commendation for promoting better transparency in government finances, as a cause for bitter arguments in parliament on tax administration.

Tax expenditures or revenue foregone gives us a glimpse of the tax policy stance of the incumbent government. It gives us an idea of how tax concessions/relaxations/exemptions are conferred upon by the government on ‘preferred’ tax payers. Even though the absolute levels of taxation vary from year to year, depending on the political inclination of the government, these ‘tax expenditures’ are in one way or the other, hidden subsidies.

These hidden subsidies could be in the form of exemptions, special rates of tax, deductions on taxable income, rebates, tax deferment or tax credits. It is often argued that such implicit payments should appear as expenditure items in the Budget, and not on the receipt side as submitted currently. Some critics dispute that as long as tax expenditures are shown implicitly on the receipt side, their cost-benefit implications for the economy remain non-transparent. The impact of these outlays (tax expenditures) to the economy would be reflected more clearly if the same are categorized on the expenditure side.

Compiling Table 1 from the latest budget figures released, one would find a very high percentage of ‘give-aways’ in proportion to the aggregate tax collection for the year 2011-12. Revenue foregone at 67.7% of the aggregate tax collection for the year 2011-12 is certainly a hefty number. Considering the fact that the government has largely failed to expand the tax base even after successive popular budgets, the Rs. 5.3 trillion of revenue foregone is not a comforting statistic. The provisional fiscal deficit for 2011-12 is Rs. 5.09 trillion.

A break-up of revenues foregone shows that the impression of over-generous allocation for deductions is not justified in all cases. Taking a look at each of the entries in Table 1, the smallest one, Personal Income Tax, would seem justified to most. The components under this entry include exemptions given on account of investments made by tax-payers in infrastructure bonds, donations made to charitable trusts and institutions, contributions to political parties, revenue foregone on account of higher exemption limit for women and senior citizens etc. This bracket would also include a tax credit of Rs. 2000, to every person who has a total income up to Rs. 5 lakh, proposed in the latest budget.

The real misgivings about these tax expenditures arise when analysing the indirect taxes, comprising of excise and custom duty. It is a well established fact, both in theory and practice, that indirect tax cuts are mostly cornered by the producers and only a small share is reflected in the consumer price. Thus the question is whether these outlays are actually reflected in reduced consumer prices through enhanced competitiveness or are being hoarded as profits by the producers? Evidently revenue foregone under excise duty is greater than the actual collections (see Table 1) and therefore this matter should be investigated thoroughly by tax authorities.

The largest component under the statement of revenue foregone is undoubtedly custom duty exemptions, i.e. exemptions on duty that is charged on imports. The largest share of customs duty foregone (Rs 65,975 Crore or 23%) is the commodity group of diamonds and gold. This is surprising, especially in the case of gold. The government has left no table unturned to limit gold imports in order to control the current account deficit (CAD), yet this commodity group occupies the largest share in terms of exemption given. In 2012-13 the estimated amount of custom duty foregone for diamond and gold would be Rs. 61,035 Crore or 20.5% of the total custom duty foregone.

Table 2 clearly shows a picture that would displease many. The top two commodity groups that account for 42.5% share in the total duty foregone are clearly concessions on products that are consumed by the affluent sections of the Indian demographic. Indeed social activists have raised voices against these tax give-aways. Although these give-aways are provided to stimulate the economy, the direction of these tax expenditures needs to be debated comprehensively in the public domain. Tax Reforms Committees, from Chelliah to Kelkar, worked on removing tax breaks or at least reducing the extent. Nevertheless the situation has remained the same – the ratio of revenue foregone as a percent of aggregate tax collection was 68.95% in 2008-09, is 67.7% in 2011-12. This brings us to the pertinent question of whether numerous tax reforms in India have been able to progressively rationalise the tax system to cut down foregone revenues?

One would hope that the statement of revenue foregone presented along with the budget would play a significant role in enhancing the debate on tax administration reforms within the Parliament and outside. However it is almost always reduced to a political argument about the class divide present in the Indian society.