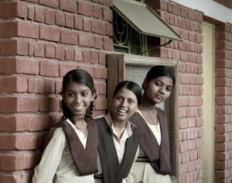 Parth J. Shah is the founder president of Centre for Civil Society.

The Indian education system does not effectively promote the prior right of parents to choose the kind of education that shall be given to their children. This column argues that the degree of freedom of not just parents, but also of school principals, teachers and education providers is a key determinant of quality and equity in education. It outlines reforms to promote the right to ‘education of choice’.

The Article 26 of the UN Declaration of Human Rights 1948 deals with education and has three clauses the first demands free and compulsory elementary education, the second sets the goal of education to “promote understanding, tolerance, and friendship among all nations, racial and religious groups”, and the third clause states that “parents have a prior right to choose the kind of education that shall be given to their children”. This idea of parental choice has always been an important component of the Right to Education (RTE), but is hardly ever mentioned in the current debates on education reforms in India.

The education system does not effectively promote parental choice. This lack of choice or the lower degree of freedom is at the heart of our education problems.  The degree of freedom of not just parents but also of principals, teachers and education providers (‘edu-preneurs’) is the most critical determinant of quality and equity in education. All parents do not get to choose the school, principals and teachers in government get to choose the system but not the school, and ‘edu-preneurs’ cannot choose their own curricula, language of instruction, or whether to be non-profit or for-profit. In this column, I outline my suggestions for education reforms. These revolve around the idea of choice for parents, principals, teachers and ‘edu-preneurs’ (Shah and Miranda 2012).

1. Increase autonomy of state schools
Education departments of the government minutely control government schools. The schools have hardly any autonomy to manage their affairs. They are closest to the students and parents, and should have the necessary freedom to adjust their functioning so that they are better able to cater to the changing needs. The principals and teachers must be empowered and given the freedom that their private school counterparts enjoy; they cannot be expected to compete with both hands tied behind their back.
The principals should be education leaders, not just administrators. Government schools should hire teachers directly, not through the state education department (Pritchett and Pande 2006).  The salaries and perks for teachers should be set by the state, but hiring and performance assessment should be done at the school level.This would help make principals genuine leaders of their schools, with all the staff accountable to them.
Financial autonomy for schools/ principals is critical. However, the current method of funding government schools through lump sum grants against various heads of expenditures leaves little discretion (Accountability Initiative 2012). Moreover, it is very common that government schools with the same number of students get widely different funding from the state. This inequity in funding is inhumane and unjust. Funding based on the number of students in the school addresses these issues effectively. The per-student funding approach would provide strong incentives to schools to work hard to attract and retain students. It would also make it easier to tie funding with performance – an increment in the school grant can be tied to learning achievement of students.
All private schools aided by the government can be immediately switched to this per-student formula. For government schools, it may be easier to require that all new schools be funded on a per-student basis. The principals and teachers of existing schools could have the option to switch to the new system that would also offer them more autonomy.
To help schools assess their performance, and also help parents to make an informed choice, the government should conduct or contract an independent agency for annual learning outcome assessment (including private schools).  The entire assessment data, along with information on infrastructure, staff, and financial allocations should be placed in the public domain, preferably online.  Private schools, just like companies, should be required to provide similar data so that relevant data about all schools would be available to parents in one place.
These reforms would give more autonomy to government schools, principals, and teachers, and also increase accountability.
2. Provide access to aspirational schools
The government of Uttaranchal has been running a scheme called Pahal where street children go to higher-fee private schools. In more than four years of the programme, a majority of the enrolled children have remained in the school. This is in contrast with the high dropout rates seen in earlier annual enrollment drives that brought children to government schools. This has been seen in the Delhi Voucher Project (CMS 2009, CCS 2009) as well as in many voluntary efforts.
The aspirational schools don’t have to be private schools – many government schools would also serve the purpose. They don’t have to be high-fee private schools – budget performing schools (BPS) such as Delhi Public Schools and Deepayala schools–are equally aspirational for many poor parents. So the scope is much wider than it may appear at first.
Marginalised and specific under-served groups such as migrant children, out of school children, street children, girl children, Scheduled Caste (SC)/ Scheduled Tribe (ST)/ Other Backward Classes (OBC), minorities such as Muslim children, differently-abled children, children of the poor, refugees, migrating tribes, prisoners and orphans are most likely to be left behind by the education system. Empowering them to go to aspirational schools through vouchers, cash transfers or charter/ community schools would be more effective for their educational achievements (Shah and Braun-Munzinger 2006; Saavendra and Garcia 2012).
The RTE Act has already reserved 25% seats in private schools to socially and economically disadvantaged students, for which the government would pay private schools. The challenge is to design a transparent, fair and accountable method to implement the 25% so that right students are selected, their learning outcomes are tracked, and also ensure that private schools are paid in time (Shah 2012).

The RTE’s recognition of the power of aspirational schools should be extended to go beyond the 25% reservation for the disadvantaged, starting first with the most marginalised and under-served children.

iv. Open Central Board of Secondary Education (CBSE) exams to all students, not only for students who study in CBSE affiliated schools. If learning is the focus then it should not matter which school the student attended – the student should get CBSE certificate if she passes the same exam.

4. Encourage ‘edu-preneurs’ to promote quality and equity through choice and competition
The legal and moral obligation of the government is to assure, not deliver, education to every child.Any monopoly service provider is unlikely to be very concerned about the customer. The education monopoly would serve the interests of the providers (bureaucracy, teachers and staff), not of the end-users of the service (parents and students). Competition among providers is necessary (Coulson 2008).  It also offers choices to parents and students.  Parental choice is the best way to determine education quality and also to keep the pressure for continuous improvement in quality (Shah 2009).
Below are a few suggestions:

i. Make entry easier by rationalising the license raj.
ii. Declare education an ‘industry’ for easier access to credit and venture capital fund.
iii. Offer schools (and colleges) the choice to be non-profit or for-profit, and treat for-profit ones as companies for disclosure and taxation norms.
iv. Apply the same standards to private and government schools. According to the law, government schools must meet the same norms as private schools, but this may or may not happen in practice since the law does not require that a government school be closed down or penalised for failing to meet the norms. The children of the poor go to government schools. This means that the government worries about the education quality of the children of the rich by requiring private schools to meet its standards, but feels that the poor should be grateful that they at least have a school to go to. The government treats the children of the poor as second-class citizens. This inequity must end – government schools must meet the same standards of quality by going through the same process of recognition. The National Commission for Protection of Child Rights (NCPCR), as a monitor of RTE, could be put in charge of this process since the department of education itself should not be.

Concluding thoughts
The key mindset change necessary to implement many of the reforms is the role of the state in education.  It needs to change from controller to facilitator, from producer to financier, and from inspector to informer.
The role of the government is to liberate the supply side (facilitator role), fund the demand of the poor through vouchers, cash transfers and charter/ community schools (financier role), inform about the quality of education in schools and empower parents to make their own choices that are right for their children (informer role).

Reprinted with permission from Ideas for India (www.ideasforindia.in)