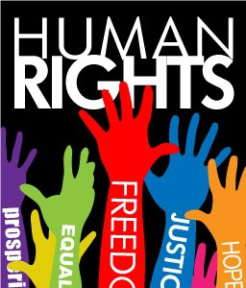 Ram Mashru is a freelance journalist and south Asia analyst. He specialises in the politics, human rights and international relations of India and has had articles published in a range of national and international publications. He recently obtained an MSc in Contemporary India (Area Studies), with distinction, from the University of Oxford and read for a BA in Law from the University of Cambridge. Twitter: @RamMashru

When it comes to human rights, India is a paradoxical case. On the one hand she is praised as a regional standard-bearer, too-often celebrated as ‘the world’s largest democracy’ and applauded for protecting rights when her neighbours do not. On the other hand, the rights community is unanimous in its condemnation of India’s human rights record. Brutal oppression in Kashmir, state mandated ‘encounters’ (unlawful killings) and the violations of the land rights of tribals are but three of the recurring complaints made of India’s human rights protection.

The picture is more complicated in the realm of international relations. For many, including Salil Shetty the Secretary General of Amnesty International, India’s rising power status entails a greater responsibility to promote rights internationally. Similarly, in a recent high-profile piece Meenakshi Ganguly, South Asia Director of Human Right Watch, urged India to do more to secure rights globally. Of course India should do as much as it can to encourage rights protection beyond its borders, but such conclusions fail to explain why India is a reluctant partner in the international rights protection effort. Perhaps the most instructive question is ‘is it in India’s interests to promote rights globally?’, and regrettably the answer is ‘no’. This unfortunate response can be explained by the politics of the developing world and India’s great power strategies.

In light of the terrible rights record of the Raj it may seem puzzling that India has shied away from encouraging rights protection elsewhere. But this very history of imperialism has elevated state sovereignty to the status of a governing principle in the international relations of the developing world. The valorisation of sovereignty manifests in a reluctance to interfere in the domestic affairs of other nations. This commitment to both sovereignty and non-interference extends to international rights diplomacy and India, as Foreign Secretary Shyam Saran insisted, is not in the business of ‘exporting ideologies’.

Academics and activists must concede that conceptions of human rights differ across regions. The writings of Rajni Kothari – one of India’s leading thinkers and a former president of the country’s largest human rights organization – is replete with dismissals of civil and political rights as foreign ideals; ill-suited to India’s communitarian polity in which collective rights – emphasizing social, economic and cultural empowerment – are more important. Meenakshi Ganguly’s piece explains India’s foreign policy is reluctant to follow Western-led initiatives and prevailing understandings of human rights and international rights advocacy both fall into this category.

Perversely, despite India’s reluctance on the issue of rights promotion it enjoys a reputation as a regional exemplar: a functioning democracy with enviable rights standards. This contradiction can be reconciled by India’s efforts to be seen as a reformed role model, characterised by its non-imperialist foreign policy. The reformed approach is best evidenced by India’s reactive, not pro-active, democracy promotion strategy. In 2005 India, through making a  $10 million contribution, supported the establishment of the UN Democracy Fund (UNDEF). But when speaking on UNDEF in 2006 Shyam Saran, India’s Foreign Secretary, said ‘we do not believe in the imposition of democracy. But if there is an interest in any country in our democratic experience…we are ready to share this’.

A reformed role model approach, when applied to human rights diplomacy, takes the form of a laissez-faire attitude to rights promotion.  Doing so is strategically prudent on several levels. First, it avoids embarrassing questions about India’s domestic rights record. Second it avoids the charge of hypocrisy that muscular rights promoters face, that of enforcing rights abroad and abrogating them at home. Third, the international relations of human rights are highly charged, and India’s light touch on the subject avoids offending or alienating potential strategic partners. Fourthly, reluctant rights promotion maximises India’s freedom of activity: by holding other nations to relaxed rights standards India grants itself equal licence to be unconstrained by rights concerns. These strategic freedoms, many of which are central to India’s great power project, combine to discourage India from using its growing international influence to encourage rights protection.

Certainly India’s potential to secure rights globally remains unfulfilled. But human rights – highly contentious norms, often maligned as ‘western’ ideologies – are difficult to reconcile with India’s effort to be a reformed global role model. As a player of the politics of the developing world and as an aspirant great power, India’s diplomatic priorities are underpinned by notions of state sovereignty, non-imperialism and strategic freedom, which each deliver foreign policy advantages that trump any benefits that might accrue from rights promotion.

As Meenakshi Ganguly laments, India’s refusal to promote rights is detrimental to the world’s marginalized and oppressed. But as Stephen Hopgood, a rights expert at SOAS, insists it is activists and not states will make the difference. Faith should therefore be placed instead in India’s social movements. The nationwide gender justice movement that emerged following the horrific Delhi gang rape and persistent popular protests against official corruption are testament to India’s capacity to mount pro-rights collective action. It is through setting this example that India can best lead in the effort to secure rights globally.

A version of this article was first published in the openGlobalRights section of openDemocracy.