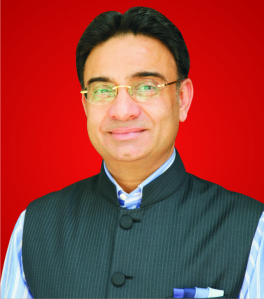 Dr. K.D. Singh is a Member of Parliament, Rajya Sabha. He is also the patron of KD Singh Foundation which provides legal, medical and rehabilitation support to rape victims in Haryana. Twitter handle: @KDSingh_India

Hierarchical classifications and gender disparity are broad terms used to identify the plight of women in India. Delve deeper and the manifestation of these attitudes stare back at you: Security, nutrition, sanitation and healthcare. The growing incidence of rape across the country has amplified some or most of the fears and insecurities that many Indian women face today. However, the 2014 general elections have the potential to be a turning point as women constitute 49% of the voters in these elections. This is an unprecedented opportunity for women to highlight their issues and bring them to fore in the national consciousness.

In India, women got the right to vote in the year 1930 but they are still not seen as a coveted constituency. Even after coming to occupy some of the highest offices in India today, women members of Parliament account for about 85 seats in a total strength of 787 MPs (in both Houses of Parliament). The Women’s Reservation Bill, which was passed by the Rajya Sabha in 2010 but not by the Lok Sabha so far, is hanging fire.

Until now, political parties have been using electoral strategies like distributing saris and cookers to women instead of addressing the real issues such as women’s education, health, sanitation, security, etc. However, these elections could potentially rewrite the rules of the game.

Women voters in the recent state general elections outnumbered men courtesy of increased political and social awareness. According to the election committee statistics, the turnout of women voters in states like Uttar Pradesh increased from 46 percent in 2007 to 59.48 percent in 2012. In Goa, the turnout increased to 81.74 percent in 2012, which is 11.23 percentage points up from 2007 results. Women voters also outnumbered men in states like Punjab and Uttarakhand in last year’s state elections.The increase in women voter turnouts is a very positive trend for the country. However, this increased awareness needs to be channeled to shape agenda so that the long ignored concerns of women are addressed.

One of the outstanding women issues that have been poorly addressed since independence is provision of sanitation and drinking water facilities. The 2012 United Nations Millennium Development Report shows that 626 million Indians do not have access to a toilet and they are forced to defecate in the open. Access to clean and private sanitation facilities will not only improve the health of the women in the country but also have a salutary effect on rape and other forms of sexual violence. Almost every report or study on sanitation makes the point that toilets afford women security, improved health and dignity. Also, proper sanitation could bring down the infant mortality rate.

Difficult access to clean drinking water also severely impacts the lives of women. Women especially in rural India spend as much as 25% of their time to fetch water from distant places. Even in urban slums, many women forego employment opportunities so that they are at home when drinking water is delivered through water tankers. . It is clear that inadequate provision of drinking water affects the choices for women, keeping them away from realising their potential. The future governments in India also need to be prepared to meet the rising demand for clean water which is expected to go up to 1, 093 tonne kilolitre by 2025.

Another major concern for women is provision of adequate food for their families. The UPA government in the recent monsoon session hurriedly passed the National Food Security Bill, 2013 in an effort to woo women voters. However, without controlling the rising food inflation, this Bill’s potential to ensure food security is an eye wash. Under the current Targeted Public Distribution System (TPDS), subsidies depend on the classification of households as APL (Above poverty line), BPL (Below poverty line) or POP (poorest of poor or Antyodaya Anna Yojana). But if these goals weren’t achieved in the past 15 years since the introduction of TPDS, then how will this Bill satisfy the stated objectives.

It would have been more rewarding if the government took lessons from states like Chhattisgarh, which successfully implemented the Food and Nutrition Security Act of 2012 by effectively reducing the amount of grain lost through corrupt practices. The increasing household expenditure is a real worry for women across India and they are unlikely to give into the government’s desire to fuel their electoral prospects through this Bill.

Having discussed all of the above issues, there is no doubt that crime against women needs to be addressed in a systematic manner. It is a shame that crimes against women have shot up by 200 per cent as compared to the previous year’s NCRB (National Crime Records Bureau) statistics. On an average, between 2008 and 2012, crimes against women have increased with cases of kidnapping and abduction rising by 7.6%, dowry death by 4.5%, cruelty by husband and/or relatives, 7.5%, assault on women with intent to outrage her modestly 5.5%, and insult to the modesty of women by 7 %. Not to mention that these facts as per the NCRB are only the tip of the iceberg; many such cases do not get reported due to the stigma and societal attitudes or pressures. The 2011 Census reveals a shocking statistic on sex ratio with a state such as Haryana reporting an estimated 877 women per 1,000 men.

The government was quick to pass the anti-rape Bill under public pressure after the Delhi gangrape case, however, it has done little to introduce educational initiatives to attack the patriarchal mindset, improve law enforcement agencies and empower the rape victims through legal assistance. The problem of crime against women needs to be tackled through the education system and improving access to judicial system thereby improving law enforcement.

The media has done a tremendous job of turning the spotlight on the malice of rapes in urban India however; the state and the central governments are doing little to improve security for women in rural areas where rape is an everyday phenomenon.

I believe that the time has come for women to organise themselves as a constituency that political parties and politicians alike can ignore at their own peril. I hope that women come out in large numbers to vote in a government that is sensitive to their real interests. With increased women participation, 2014 has the potential to be a landmark year along India’s democratic curve; I hope that Indian women will make the best use of this opportunity and register their interests on the national agenda.

This article is a part of a special series on Women and Elections 2014. For contributions and suggestions write to [email protected] .