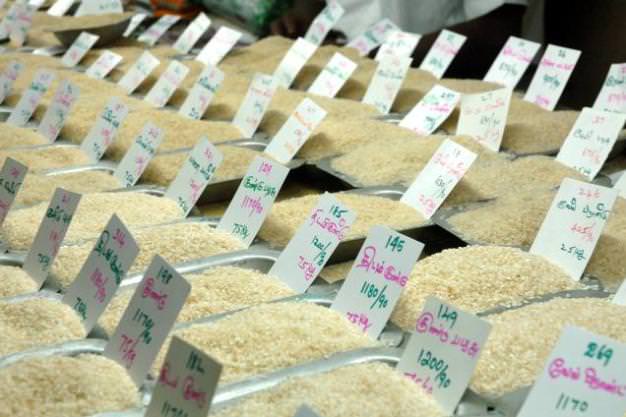 With less than a year remaining for the UPA-II government, it has pulled out a surprise trick from its closet. The Food Security Ordinance was unanimously approved by the Cabinet and was subsequently signed by the President of India on July 5th, 2013.

A quick glance at the timeline of the controversial legislation will give one a glimpse of the desperation of the government to introduce this Bill. The first promise was made by the Central Government in 2009, followed by the introduction of the bill in 2011. The bill after its introduction was referred to the Department Related Parliamentary Standing Committee on Food, Consumer Affairs and Public Distribution for examination. The report was presented by the Committee in January 2013. The recommendations made by the Committee were incorporated and listed in the legislative business for the budget session of the Parliament.

Repeated attempts by the UPA governments to push for the passage of the Bill have failed and as per the concerned spokespersons, they were left with ‘no-choice’ but to go through the Ordinance route.

Food security was one of the major promises made by the UPA government in their 2009 election manifesto. The Election Commission has announced September 22, 2013 as the date when the model code of conduct kicks in time for the state elections. Would it then be wrong to conclude that the Ordinance route is a deliberate attempt by the UPA to bypass parliamentary scrutiny for short-term political gain?

The step by the Cabinet raises the inevitable question – has this route become an instrument to discredit and undermine the Parliament’s legislative authority? Since 1950, a total of 622 Ordinances have been promulgated, averaging to about 10 a year. However, deeper insight on this topic shows that the rate of Ordinance promulgation goes above the average in a Lok Sabha election year.

One can almost see the duplicity of approach followed by the UPA-II government. When a large section of the Indian society was galvanized in support of the Lokpal Bill spearheaded by Anna Hazare, the idea of the Ordinance route did not seem a plausible idea, yet the Food Security Bill was significant enough to push for one. The government felt the need to discuss, negotiate and find common ground on the Lokpal Bill, but suddenly feels that it could do without the debate when it comes to food security.

Considering there is significant opposition to various provisions of the bill, a debate in Parliament on critical aspects needs much more than lip service. There is merit to the opposition to the provisions of the Food Security Bill. If the government of the day cannot accommodate opposing views on contentious issues and strive to work towards a common ground that is acceptable to all parties, then what good is a parliamentary democracy?

One of the primary arguments by the government has been that Rs 90,000 crore has already been sanctioned in the Union Budget of 2013-14 for the Food Security Bill. The argument though valid, should not be lead to the assumption that because the amount has been budgeted, it is deemed sufficient enough to push for an Ordinance.

According to Article 123 of the Indian Constitution, if at any time (except when both Houses of Parliament are in session), the President is satisfied that circumstances exist which render it necessary for him/her to take immediate action, the President may promulgate an ordinance as the circumstances appear to him/her to require.

Fiscal discipline has been missing from the agenda of the UPA governments and markedly the Rs 90,000 crore could be instead used to narrow the fiscal deficit.

Additionally, the Socio Economic Caste Census (SECC) of 2011, which would form the data base for identification of households, is yet to be completed. The government is yet to prescribe guidelines on the manner in which eligible families are to be identified based on the SECC database. To be able to fully implement the Ordinance in such a short period is unrealistic and is bound to create undue administrative obstacles. State governments of non-Congress allies have been critical on this front as this exposes them to administrative difficulties and unwarranted criticisms.

As argued above, one cannot dismiss the fact that it is the election year. As evidenced by previous governments, the populist agenda usually overshadows medium- and long-term policy decisions. The reason for this particular Ordinance raising so many questions is that it would set a precedent for governments to push for populist-contentious issues without the scrutiny of the Parliament. It is about time the Ordinance route was revisited.