Rape – The Terrible Child Of Patriarchy

Rape – The Terrible Child Of Patriarchy 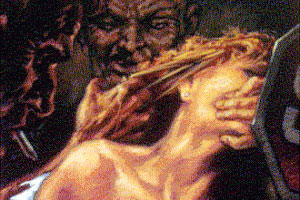 On a gloomy morning in the last week of the departing year, a few tube-lights shone down on a solitary teak desk. In the harsh light lay what had been, for the past several days, the daily harbinger of death and depravity – an array of newspapers.

The brutal gang rape and torture of a young physiotherapy student in New Delhi on the 16thof December had sparked national and international outrage over the state of women’s security in Delhi and the rest of the country. Her sad demise on the 29th of December after a heroic battle against all odds fueled further protests and agitations, calling for tougher laws and stringent action against rapists.

Newspapers were inundated by a deluge of freshly reported rape cases, with victims ranging from toddlers to senior citizens. The media and intelligentsia focused all their energies on making rape, its causes, its consequences and judicial clauses their prime-time issue across all channels of communication.

What causes rape? – they wondered aloud. Rapists do. That is the only truthful answer. But the geriatric gentry of my country, often going by titles such as Minister, MP or MLA decided to compete for the best foot-in-the-mouth response to that question. From short clothes and westernization to going out unescorted by a male family member to astrological positions – there was no dearth of opinions pinning the blame on the victim. It must be mentioned here, that the liberal media, now thrusting microphones into the faces of angry young women, appropriately flayed each of these commentators for their regressive views.

But the common thread running through most of these responses was the passivization of the act. They spoke of rape as something that ‘happened’, not as an act that was committed. This somehow absolved the culprit of most of the blame, making it look like what he did was some inevitable reaction to external circumstances beyond his control. Rape is not a natural disaster that ‘happens’ unexpectedly, qualifying for us to have ‘precautions’ (mostly things that women should/shouldn’t wear or do) in place to prevent it. Rape is a crime and should be treated as such, not just constitutionally, but socially as well.

There are several factors that allow a patriarchal society to use rape as a tool to suppress women and their cries for equal rights. Some of them are explored here.

The Myth of Modesty

An overwhelming majority of the population believes that short, revealing clothes are ‘provocative’ and incite men to commit sexual crimes. Rape statistics have proved that the victim’s clothing has little to do with the crime as opposed to her vulnerability as perceived by the rapist. Women in burkhas have equal chances of getting raped as those in short skirts. However, this doctrine has two distinct benefits in a patriarchal society. Firstly, it lures women into a sense of denial and false security, convincing them that they cannot be possible targets because they do not dress in a certain way. Secondly, it reinforces male control over the female body, allowing men to dictate how women present themselves in public. Nigerian writer Amaka Okafor-Vanniin her piece ‘Nigeria Has A Rape Culture Too’ says:It is in this policing of a woman’s body and the hyper-vigilance of the female sexuality, which dictates and subordinates what the woman wants or does not want, that the problem lies. This policing and hyper-vigilance translates to the society telling the woman that there is something inherently wrong with her body. Thus she must be told what to wear (or not wear) to limit the exposure to men and when she doesn’t conform, and is assaulted or arrested, then she is responsible. In other words, if a woman’s body is visible, it ought to be available for sex or punished for this visibility.

The last line especially rings true, going by some of the popular male sentiment on internet forums. The notion that a woman wearing revealing clothing is a legitimate target for sexual advances is largely prevalent. What is more concerning is that there is barely any difference made between a woman seeking consensual sex and getting raped. To them, the act is just sex.

The idea that rape is a fallout of sexual repression or over-sexualization in our culture is advocated by several religious groups and Khap Panchayats (unauthorized kangaroo-courts). Rape is seen as an act of agitated sexual relief, an urgent need to quench sexual desires aroused by the aforementioned garments or suggestive behaviour. The University of Minnesota in its sociological findings on rape states the following:Rape is experienced by the victims as an act of violence. It is a life-threatening experience.While sexual attraction may be influential, power, control and anger are the primary motives. Most rapists have access to a sexual partner. Gratification comes from gaining power and control and discharging anger.Rape is a lot more than an unwanted sex act, it is a violent crime. Many rapists carry a weapon and threaten the victim with violence or death.Rape is an act of violence, not passion. It is an attempt to hurt and humiliate, using sex as the weapon.

In several cases, rape is used as a tool to ‘teach the woman a lesson’ on modesty, how to conduct herself and what not to do. If her conduct is seen as an aberration in the patriarchal scheme of things, the man takes the righteous responsibility to punish her for her waywardness.

A brainchild of Sigmund Freud and part of his psychoanalytical theories, the Madonna-Whore concept talks about the male notion that sees women as essentially belonging to two broad categories – the pure, virginal, motherly Madonna and the debased, characterless whore. The man would want to raise a family with the Madonna and claim her as his own in public while the whore would be his outlet for sexual desires, also evoking his sense of disdain. When a man suffers from the Madonna – Whore complex, he cannot see his wife as a sexual partner, except for procreation. Therefore, he seeks sexual intimacy outside of his marriage with women who satisfy his physical needs, while he looks upon them with virtuous contempt.

Filmmakers in conservative societies probably suffer from this complex, for it is very clearly manifested in their work. They seem to provide a clear demarcation between the Madonna who is ‘marriage material’ and the vamp, who is there to merely titillate. The deeply entrenched hypocrisy in allowing a man to take the moral high ground while enjoying access to both the Madonna and the whore as he pleases is what slowly manifests into a warped civil society. This also serves to bridle female sexuality, offering the woman either virginity or promiscuity in a blunt bargain.

There is no wonder then, that questions on the victim’s character are considered normal during a rape trial. Though the constitution does not take into account any aspect of the victim’s sex life while making observations on rape, the flawed forensic evidence does not even let the victim take it that far. Human Rights Watch reports that the use of the Finger Testis still prevalent in Indian hospitals to determine if rape has occurred:In the finger test, also known as the two-finger test, the examining doctor notes the presence or absence of the hymen and the size and so-called laxity of the vagina of the rape survivor. The finger test is widely used in efforts to assess whether unmarried girls and women are “habituated to sexual intercourse.” Yet the state of the hymen offers little to answer this question. A hymen can have an “old tear” and its orifice may vary in size for many reasons unrelated to sex, so examining it provides no evidence for drawing conclusions about “habituation to sexual intercourse.” Furthermore, the question of whether a woman has had any previous sexual experience has no bearing on whether she consented to the sexual act under consideration. The continued use of the finger test points to a gulf between Indian forensic and legal practice and current scientific knowledge and court decisions that recognize women’s rights.

The Finger Test allows defendants to strengthen their case when the assault involves women habituated to sexual intercourse. Though the law does not discriminate between the different kinds of women that can seek protection under it, the enforcers often draw the line. A ‘promiscuous’ woman has less chances of seeking prosecution than a virgin who was violated. In her article ‘We Are All Part of the Rape Culture’, Akshi Singh writes:Sex workers and domestic workers are at the receiving end of systematic sexual violence but the violence faced by them is normalized in the structure of our society.

Our politicians have gone to the extent of trivializing rape cases involving commercial sex workers as a transaction gone wrong and not a crime.

Regardless of whom the rape physically ravages, the predominant perception is that it damages the family’s honour the most – the family, nominally represented by male heads.  It allows for rape to be a tool for one man to carry out attacks against the other by defiling his woman. This is often seen in community skirmishes where women are raped in the presence of their husbands to teach the men a lesson. Damaging the woman is equal to damaging the man’s property – she ceases to be an individual entity in these cases.

There is a certain pattern in the relationship establishment that is mandated by popular culture, particularly films. A man (often the hero) is seen to be slotting the women he comes across into three neatly divided categories: mother, sister, (potential) girlfriend. He is fiercely protective of them and his righteous anger directed at anyone who harms them is consistent with the rightful dominance he exerts over them.

I have often argued that there is a fourth category – the stranger. The woman on the street, in the train, at the mall. Here is a woman who is a separate entity, devoid of male ownership.

She should be left alone, and unconditionally, at that.

Our glorified hero has no business with her, regardless of what she’s wearing, where he spots her or what time of the day/night it is. He also has no rights to her body regardless of her age/marital status/vital measurements.

It seems like quite a simple concept to grasp, but the slew of male chauvinistic films that reiterate a man’s default ownership over any woman he sets his eyes on often run to packed theatres, and this is a worrying cultural trend.

Religion, ritual, culture and relationships have for long tied women down to abusive social and moral structures. Patriarchy works out a bitter deal – it takes away freedom and hands out blame. It will, as long as we continue to believe that honour lies in an unbroken hymen.