The politics of apoliticising gender in India

The politics of apoliticising gender in India 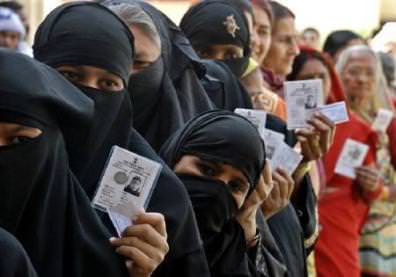 Bhoomika is currently a Program Associate with the Uttarakhand Mahila Parishad (Uttarakhand Women’s Federation), undertaking research activities with regard to discourses on gender, community, collective action, development and disaster. Sanober is currently involved in two independent projects; one that aims to raise gender consciousness and provide tools for mentorship for girls from underprivileged backgrounds in Lucknow (Uttar Pradesh), and another documentary project, which aims to record the testimonials, poetry and collective efforts to combat the trauma of sexual violence of women from marginalized communities.

The widespread protests after the rape of a young woman in Delhi during December-January 2012-13 were analysed as signals of a mass awakening of gender consciousness in India by many commentators, especially among the urban metropolitan youth. Political parties across the spectrum registered their responses against the incident, ranging among demands for capital punishment, castration and life sentence.
However the incorporation of ‘gender’ as an agenda for electoral politics by mainstream political parties did not find an expression and still remains absent. The subsumption of gender as a platform of political ideology under other debates and the absence of taking into account the intersectionality of various identities within the category of gender has prevented the full expression of political consolidation of feminist ideologies at the state level. For the world’s largest democracy, ‘gender’ as a realm of political contestation and agenda remains subsumed under other ‘larger debates’. Elections in India are not fought, loss or feared by political parties over the need to address the impact of gendered discrimination. Gender as a principle of organized agenda for political action, especially at the larger national level has not garnered the same level of interest as other matters of political power, contestation, and negotiation.

In post-independent India, movements initiated by women or linked to women were masked by the overarching constructs of ‘community,’ ‘caste’ and ‘class.’ Gender cannot be understood in the absence of its intersectionality with such categories but the point we are trying to allude to over here is that the ‘women’s question’, in exclusivity, was often subsumed under larger debates of collective context. Rights in property for women have been a long contested subject among lawyers, activists, religious gatekeepers, and continues to fail to acquire political and electoral significance. Framed in terms of family and personal law, debates around rights in property, especially for women, are framed in the context of culture and community, perceived either as intrusion or imposition. The Hindu Succession Act was amended only in 2005, it is noteworthy that it took fifty long years for the legislature to enact this change, which demonstrates the lack of political will to engage and act on issues relevant to women’s exercise of their rights. Recognising

women as voters in an electoral set up is insubstantive in the absence of legitimate rights in property, given their marginalized position in a patriarchal set up. Similarly debates on the Uniform Civil Code have been framed in terms of multiculturalism and secularism and hijacked by vanguards of religious morality, subsuming the gender question in terms of the divergence in family law.
Even though Dalits and Muslims are intensely politicized groups in India, especially in the context of electoral politics, the dialogue between these groups and the political class is limited to the patriarchs of the respective communities. Women members of such communities are perceived as electoral appendages to the male members and hardly has there been a political articulation of their respective issues. As members of the oppressed and minority communities, women have to confront the double burden of suffering within and without the community. Therefore, even though the perception of ‘Dalits’ and ‘Muslims’ as ‘vote-banks’ of electoral significance may have been entrenched and legitimized in Indian politics, the disengagement of both the community and that of the political class with the women members of such ‘vote-banks’ is noteworthy. This is not to suggest that the realities of Dalit and Muslim women are the same; the nature of the violence they have to confront, particularly from groups external to the community, differs considerably, which is the matter for another blog discussion.

The state distancing itself from gender-oriented matters became even more acute with the rise of liberal discourses in India during the 1990s, with the state withdrawing itself from multiple spheres. This significant era witnessed the changing nature of women’s participation in the labour force. Thus, a new set of challenges emerged for feminists, especially in urban India. Navigating between the demands for the freedom to participate in the workforce and articulating women’s freedom in terms of a market economy where women’s participation was relegated to the same gendered division of labour as within the household, questions of agency acquired central importance. However, undercut by questions of class, the issues relating to the participation of women in the informal workforce were undermined by the entry of women in the formal workforce, however limited. Therefore, framed in terms of the freedom of women as workers, the near-universal issues of women’s liberation were replaced with the idea of the woman worker as an individual actor in the neo-liberal economy. However, struggles of equal pay for equal work and freedom from sexual harassment at the workplace were successful despite the near-absent support of the political class that was actually inimical to such demands.

It is this discourse that has created an illusion of a ‘liberal individual’ free to make choices, free even from their gender constrains. Such liberal individual actors perceive themselves as emancipated agents of their own life, whose rights cannot be negated by the virtue of their ‘emancipation’. While it is certainly true that women have become more visible in the formal work-force in India, the social construction of the “free” Indian woman who makes her choices in an a historical setting has resonated particularly with women in urban metropolitan cities. Much like any other narrative where those with social capital and (relative) power find a voice that is constructed and maintained by various biased sources of knowledge production, so has the “new Indian woman” arrived on the scene. If gender is to be viewed only from the lens of women as emancipated individual actors who assert safety and equality in patriarchal structures, idea of women as a strategic vote-bank, worthy of addressing separately as an agenda in Indian politics, loses its vitality.

The liberal discourse adopted by urban women with social capital as individuals who exercise autonomous decisions irrespective of their objective conditions has had dreadful repercussion for their less privileged counter-parts. The construction of mainland India as a nation-state has led to the ‘otherization’ of women in its geo-political peripheries, who continue to struggle on various fronts, including against the Indian State.

Similarly, when it comes to organizing on issues of caste and people from historically disadvantaged groups, the voice of protest from these quarters is either silent or certainly not at the same scale of outrage. There is almost a lack of moral inconsistency which reflects itself in the silence against ‘rape culture’ – whether it is the systematic rape of Muslim women during communal riots, the violence and humiliation faced by lower caste women or the racially motivated sexual assaults of North-east Indian women or army atrocities.

The December 16 gang rape in Delhi and the consequent reactions from the political class is ample evidence of how the issue of violence against women may be taken up as a matter of crisis intervention but not as an electoral agenda by political parties even though it may have aroused a large number in the electorate. This is not new, even in the 1980s, the campaign against police rape was taken over by the center-right national parties ‘and the feminist discussion of rape as an expression of class and gender based power was shouldered aside by the patriarchal view of rape as a violation of honour accompanied by the demands for
the protection of women’ (Kumar 1989). The dismal fate of the bill to ensure thirty three percent reservation for women in the central legislature is evidence of the fact that either overtly or covertly, all elected political party members do not lend their support to the bill even though each party may make tall claims to ensure its passage in its election manifesto, if not opposing it directly.

Up until the 1990s, there was a collective conscience of women’s issues, whether or not linked to the community to which they belonged. However these collective movements were framed as social and not overt political projects for women only, either by the State itself or sometimes the actors in these movements too. On other occasions, specific gender questions were subsumed by other categories of identity and class politics. Ultimately, autonomous and significant as many of these movements were in changing the
multidimensional landscape of feminist endeavours in India, the ideology of a gender only political agenda at the electoral level remained elusive.

On the other hand, with the onset of liberalization and the emergent imagination of the individual as a free agent, the discourse on gender and especially on women’s rights has been marked by a lack of collective strength as each individual is seen to be acting in her own interest. Therefore, whereas the momentum of feminist interventions in the early years of post independent India was coloured by the imposition of the ‘social’, the ‘individual’ has increasingly hijacked that space, devoid of historicity but complete with
meritocracy and libertarian emancipation. In either case, the idea of gender as an agenda of political contestation at the national level remains a distant dream.