In view of the new ‘Make in India’ agenda of the Modi government, Aparajita Bharti argues for the adoption of the Regulatory Impact Analysis, a global practice to evaluate the costs and benefits of a proposed/existing regulation, that has also found favour in Planning Commission and other governmental reports.

Aparajita Bharti is the founding editor of the Oxford India Policy series. She is an alumnus of the Blavatnik School of Government, University of Oxford.

With the new government in the driving seat and ‘Make in India’ high on its agenda, improving the regulatory environment for business is a top priority. This is, therefore, a golden chance for the government to introduce in India the practice of Regulatory Impact Analysis (RIA), which is followed worldwide to assess the costs and benefits of a proposed or an existing regulation. 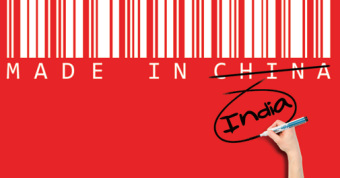 The 12th five year plan (2012-2017) recommends the employment of RIA for both existing and future regulations that impact the business environment in India. RIA enables the governments to judge the efficiency of the proposed regulatory framework in creating a more competitive market vis-à-vis the compliance and enforcement costs that it puts on businesses and the governments. In some countries, RIA also includes an evaluation of other regulatory options (including self regulation) to judge the most effective way in which a near perfect market can be delivered to the consumers at the lowest cost. RIA is considered an important activity as it exposes compliance and other costs arising out of the new regulations, which are ultimately passed on to the consumer. It enables the governments to weigh these costs against the benefits that accrue to the consumers as a result of the regulation. Although RIA may come across as expensive, however, in the long run, it saves huge costs that are incurred because of an inefficient regulatory framework.

The Planning Commission proposed in the 12th five year plan that a National Business Development and Regulation Bill should be brought to the Parliament that would enable mandatory employment of Regulatory Impact Analysis by the Central and state governments before a regulation is passed (ex-ante analysis) and will include periodic reviews of regulation (ex-post analysis). The ex-ante analysis will enable the government to take an informed decision from the different options available for regulation to be able to select the one which imposes minimum burden on businesses and consumers. Ex-Post analysis will ensure that the government is able to analyze the effectiveness of enforcement of regulations and lift regulation when it becomes unnecessary in a given market (invoking the sunset clause).

The need for RIA was also highlighted by the Government Committee for Reforming the Regulatory Environment for Doing Business in India that submitted its report in September 2013. It proposed that every regulatory authority, central or state government, ministries or departments should have a Regulation Review Authority within itself tasked to undertake the Regulatory Impact Analysis of all regulations proposed by the respective body.

Most OECD countries have mandated the use of Regulatory Impact Analysis in varying degrees ranging from use of RIA only for primary laws to secondary laws and rules. US promoted analysis of regulations since 1970s; however, in 2011, US enacted the Financial Regulatory Responsibility Act to ensure that all financial regulators conduct comprehensive and transparent economic analysis before adopting new rules. In UK, Financial Services and Markets Act, 2000 was enacted, obliging the Financial Services Authority (FSA) to undertake a cost-benefit analysis (CBA) of any rules or regulations it proposes for the efficient governance of financial markets. Australia requires Regulatory Impact Statements (RIS) for primary laws, subordinate regulations, international treaties and quasi-regulations that have an impact on business or competition.

In keeping with the recommendations of the 12th five year plan, the government should introduce the National Business Development and Regulation Bill at the earliest in the Parliament, to be later adopted by the state legislatures after the model legislation. This Bill will provide for mandatory RIAs for all National regulators, Central ministries and departments. This will also bolster the confidence of investors in the stability of regulatory framework in India.

In addition, a centralized grid with existing regulations- sorted and mapped location and industry wise should be made available through the ‘Make- in- India’ portal launched by the Modi government. This will not only enable businesses to access the regulations that are applicable to them given their industry and location of operations but will also assist the National Regulators, Central and the State governments to identify overlapping and outdated regulations which put unnecessary burden on businesses.

One hopes that the government of the day will recognize the immediate and the long term benefits of making RIA a standard practice before adoption of new regulations. It will also signal the strong commitment of the government towards simplifying the regulatory framework in which business in India operates.