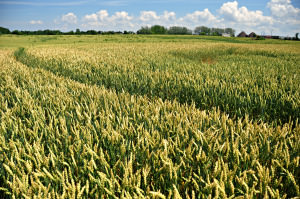 Despite impressive economic performance, a huge import bill and burgeoning trade deficit cast a macroeconomic shadow over India’s future growth. India’s crude oil import bill stood at 140 billion USD in FY2011-12 which is a substantial component of the 185 billion USD trade deficit. In order to reduce their crude oil requirements, the US and Brazil have already seen a surge in bioethanol blending of gasoline. India is the 4th largest producer of ethanol behind the US, Brazil and China. It is baffling why petrol-bioethanol blending has not taken off in India despite a functional National Biofuel Policy since 2009, an excess of sugarcane production (principal feedstock for ethanol), the highest relative fuel prices in the world, emission reduction benefits and alarming energy security concerns.

The Biofuels Policy, dealing with both bioethanol and biodiesel, aims to mainstream biofuels into the energy and transportation sector to address issues like climate change, energy security and rural unemployment. On the bioethanol front, the policy mandates a 20% blend ratio by 2017. This ratio is to be increased in a stepped manner to ensure a smooth socio-technological transition in the transportation sector. The Government holds the power to continuously change the prescribed blending ratios according to bioethanol availability. The newly established National Feedstock Registry would provide necessary data about bioethanol and sugarcane production and consequently, help the executive in deciding blending ratios on an annual basis.

The Indian Government has enforced and then deferred the 5% mandatory bioethanol blending law a couple of times since 2003. Currently, as per the policy document, the mandatory blending requirements should stand at 10%. However, the ground reality is that the Oil Marketing Companies have not been able to procure the ethanol necessary at the predetermined contract prices.
As of 2011, all of India’s ethanol production came from the starch-based grains or from cellulose-based molasses. It is important to note that the potable alcohol industry has captive control of all grain-based ethanol production facilities and consequently, the chemical industry, potable alcohol industry and the oil marketing firms end up competing for ethanol produced from molasses. Foreseeing this competition problem, the policy allows the sugar industry to directly use sugarcane juice to produce ethanol (thereby affecting white sugar production and raising food security concerns). At present, apart from sugarcane, molasses and grains; no other viable biomass to ethanol technology exists in India. The following section analyzes the need and long-term sustainability of the bioethanol policy using sugarcane juice and molasses as the primary sources for ethanol.

According to the Petroleum Planning and Analysis Cell of the Government of India, total consumption of petrol in India stood at 16 million tons in 2010-11. This figure is expected to rise to 22.5 million tons by 2016-17. For 5% blending requirements in 2010-11, the country needs roughly 1 billion liters of fuel-grade ethanol and about 6 billion liters by 2016-17 (20% blending requirement as mandated by policy). Since it is stated that the grain based ethanol production is captured by the potable alcohol industry, the only large scale viable source for bioethanol currently is sugarcane and molasses.

By using relevant figures available on Indian Government Department websites, it is found that the excess sugarcane juice (left after meeting the domestic needs of white sugar, gur and khandsari products) and molasses are enough to produce 5.3 billion liters of ethanol. Since the price to be paid for ethanol by oil marketing companies (OMC) is already stipulated in the policy, they are regularly outbid by chemical and potable alcohol industry (leaving the left over excess for the OMCs). The demand from the 2 sectors in 2016-17 will be 2.3 billion liters of ethanol from potable alcohol and chemical Industry and ~ 6 billion liters (20% blending target) from Oil Marketing companies. Even the excess capacity of sugarcane to alcohol production will be insufficient in the near future. Since this is apparent even without considering the complicated economic angle of price competition with potable alcohol industry, international sugar prices etc., the Indian policymakers would do well to take cognizance of the problem and address it through appropriate steps.

What can be done about it?

Although research is ongoing on developing alternative sources of ethanol like rice husk, hard wood sawdust, mixed paper etc.[8], there is reason to believe that the incubation time for such technologies will be unacceptably high (much like technologies being developed for biodiesel). Although these technologies could help cover the shocks in sugarcane production, they would not be able to fill the tremendous 3 billion liter demand-supply gap in 2016-17. To get the bioethanol blending program back on track, the following measures are suggested:

Modification of Policy Objective: India’s 20% blending ratio aim is among the highest in the world. India would do well to reduce the blending requirements to 10% (closer to requirements mandated in Africa and China). This decrease would mean that India could meet its ethanol requirements through molasses and excess sugarcane. It would carry the added advantage of avoiding the need for engine modifications. There is also a need to reduce the variables in the policy. The blending ratios should be fixed and not subject to change depending on ethanol production. Currently, the high variability in mandated blending ratios, bioethanol prices and expected sugarcane production is sending a confused message to the stakeholders involved.

Integration of White Sugar and Ethanol production: As mentioned earlier, the direct sugarcane to ethanol production in India is quite negligible. Insufficient conversion capacity means that excess sugarcane crop is converted to white sugar, creating a glut of sugar in Indian markets and deflating prices. The policymakers would do well to incentivize sugar mills to produce both white sugar and ethanol directly from sugarcane. Based on forecasts, the government could ascertain the expected surplus in sugarcane production and direct sugar mills to set aside some portion of sugarcane for ethanol production. By ensuring that the supply is attuned to the demand, the problem of price wars between the potable alcohol, chemical and oil marketing companies would be avoided. The policy’s original pricing strategy of setting the price of ethanol according to the cost of production would work well in such a situation.

Going forward, India desperately needs to develop ethanol production technologies from agricultural residue if its bioethanol blending program has to survive this decade.