This is what a cashless economy for millennials will look like

This is what a cashless economy for millennials will look like 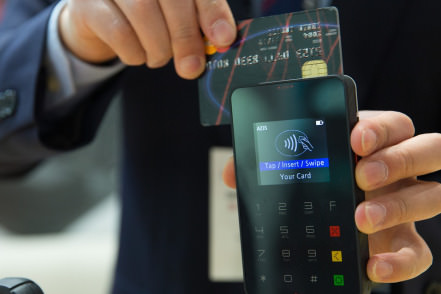 Swati is an MPP student at Mount Carmel College, Bangalore.

8th November 2016: The fateful day when carrying cash went out of style – our debit cards became our safe haven from the dark unknowns, unleashed by Demonetization. Having lived under the soft basking of cash transactions, the ATM became a monstrous entity sucking away at out time, energy and hope. Many found themselves unable to cope with the myriad of passwords and the struggle for a unique password with a ‘special character’ was on, in millions of smartphones.

But the world was still rosy, even better for the millennials. They were ‘comfortably numb’ so to say. Of course, they were affected by the demonetization brigade but were among the better prepared ones. They knew their ways through the mazes of double factor authentications, passcodes, finger scanners, MPINs and QR codes.

With the RBI spending amounts that could put roughly 5 Mangalyaans, on cash transactions- Rs.21, 000 crore to be precise, and people spending roughly 60lakh hours in procuring cash from banks or ATMs, the millennial is sure as glad of his e-wallet. Convenience is the word.

The millennials were already setting the foundation stones to usher in a digital economy –  with non-human interference and by jettisoning manual work, from the days of yore. Having already created a successful virtual presence for social interactions, for dating, for buying vegetables, shoes, dresses, medicines to booking cabs, the millennials knew their way around the digital universe.

There is no doubt, as to how 2017 is going to be set deep, in the themes and discourses around digitalization, Big Data, Cyber security, privacy, IoT(Internet of Things), blockchains and e-wallets.  Going cashless is going to radically alter the relationship between the consumer and the market. In many ways, the millennials will find themselves to be placed on a pedestal by online firms and wooed into engaging in a level of unprecedented consumerism. This could take a turn either ways, people could spend heavily via cards as a card payment does not give the same sharp pinch of parting with money as the physical entity of cash. Or the millennials could become better monetarily disciplined- by having a paisa for paisa account of their daily transactions. Apps to curb binge spending would be linked to e-wallets and act as a strict parent to put an end to the spending spree.

Identity would take a whole new turn and so would its authentication. It won’t long before the millennials wear a third party device like an accessory, to do a retina scan or a Voice Recognition at command in order to facilitate a financial transaction. With their Aadhar numbers firmly etched out on their debit and credit cards, the millennials will take the road to happy discounts and 50% cashbacks that await them in the la la land of E-wallets and online portals. But a 12-digit code isn’t going to be the ironclad armour that we hope.

The cashless world that stooped upon us with an urgency of a tsunami brought its own stock of perils. Cyber security has raised disconcerting issues such as over-dependence on smartphones, having to sit and prep up new passwords from Jabong to SBI Buddy. In a study, by FIDO alliance- a 250 member strong organization that deals with setting authentication standards, it was shown that 47% of people would prefer cleaning toilets than set new passwords.  The transcendence of the financial and the digital worlds will probably make the people more wary of social networking. Sharing email IDs across platforms is going to spell disaster for the unaware. Being cyber secure is definitely the need of the hour and this can be achieved only if proper channels of accountability are created between consumer and the digital financial firms.

Talking of safety, if the millennials ever had to set ‘horcruxes’ for themselves, a leading majority would keep it in their smartphones. Smartphone subscriptions will rise to 810 million by 2021, according to the India edition of the Ericsson Mobility Report released on 7 June. It is the genie in the lamp, carrying chores dutifully and also now serving as a portable bank. The only fear is the possibility of a paralysis of sorts if the smartphone dies in the middle of a transaction. And of course if your smartphone gets lost! But a lot of companies have successfully overcome such challenges and ensured a secure environment for financial transactions.

Cashless Economy is also giving space for a lot of new innovations in the digital sphere-  like Apps to remember all your passwords. One just has to remember one password to the app and all the rest of your account passwords from Swiggy’s to Uber is fed in it. With the IoT age also booming in India, it won’t be long when one’s electric meter sends in an e-bill to one’s email, which then gets promptly paid by the click of a few buttons on the smartphone. There would be start-ups whose sole job would be to provide one with strong passwords to stand strong in transactions. And of course, death of the OTP would be on every millennials’ wishlist.

The digital economy had been co-existing with the cash economy for some time now but post-demonetization, it has become a serious contender to be the main lead in the market play. This has left many confused and panicky and many forced to jump aboard the bandwagon. But in the near future, with a lot of help and support pouring in from e-wallet companies and the government to help citizens adapt to the new-age systems, it won’t be long before a seamless transition has been made into the cashless market.

The “mobile-moolah” era is here to stay, it’s just up-to us how fast and how well we adapt to it.

This article is one of the winning entries from the Digital Republic Blog Challenge organised by FreeCharge, India’s digital payments platform. The blog challenge invited entries from students and young professionals across the country to solicit their thoughts on India’s transition to cashless economy. More about the competition: https://goo.gl/NACqVK