Are ‘Smart Cities’ Enough for India?

Are ‘Smart Cities’ Enough for India? 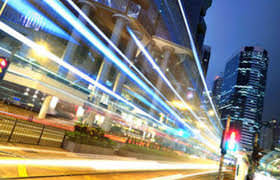 Shahana is a post-doctoral research fellow, Blavatnik School of Government, University of Oxford. This post first appeared in Financial Express.

Narendra Modi is a leader with an urban vision. As the chief minister of Gujarat, he transformed Ahmedabad with an award-winning sustainable bus transit system and a ‘world-class’ river-front recreation space. Modi’s most ambitious projects in Gujarat are the two planned new ‘smart cities’: the Gujarat International Finance Tec-City, on the outskirts of Ahmedabad, and Dholera, an industrial hub on the Delhi-Mumbai corridor. Still in inception, these cities are at the heart of the new administration’s ambitious plan to transform the crumbling and chaotic image of Indian urbanisation by building a hundred new smart cities.

China is an inspiration for Modi, in the country’s push for modernisation through urbanisation, as well as its state-of-the-art cities such as Tianjin’s famous Eco-city. For urbanising countries such as India and China, smart cities are an opportunity to harness urban growth to sustainable development. Top-of the-line infrastructure is a means to leapfrog the development ladder, jettisoning older, inefficient and unsustainable systems and avoiding the costs of retrofitting. Modi’s new policy has generated excitement amongst business leaders and upwardly-mobile middle-classes tired of living in ‘third-world’ environments. Whether India’s smart city policy will translate into desired outcomes—more sustainable, productive and better-governed cities—is debatable.

Megacities in India, unlike in most other countries, lack autonomous governments with the power to shape their affairs. They are controlled by provincial administrations and managed by a patchwork of state, city and municipal bodies, public and private corporations and village panchayats. For smart systems to substantively improve planning, coordination and governance, it will be necessary to have a centralised metropolitan governing structure in place, accountable to city residents.

City and local governments, responsible for basic public services, have the most direct impact on well-being, particularly that of the poor, but there is a glaring mismatch between their functions, and their finances and capabilities. In India, urban local bodies account for a third of public expenditure but just 3% of revenue. In China, they account for half of public expenditure and 25% of revenue. Property taxes, the main revenue base for municipal governments, constitute just 0.44% of India’s tax revenues, strikingly lower than in other emerging economies. This figure remained stagnant over the past decade, over period of high urban population and GDP growth. The more dependent urban local bodies are on higher-level transfers, the more they underspend on public services and amenities.

In China, unlike in India, city and local governments play a key role in urban development. China is politically centralised, but administratively and fiscally far more decentralised than India. City governments have the tools and resources to plan and manage growth. Urbanisation, historically, has been a time where public institutions are built and strengthened, from utilities to regulatory institutions to social welfare services to public libraries and hospitals. The fragility of civic institutions will have a serious impact on India’s ability to deliver broad-based improvements in well-being to its rapidly growing urban population. In situ rural urbanisation accounted for nearly 30% of urban growth in India over the past decade, creating hundreds of newly-urban settlements without municipal institutions capable of collecting taxes, planning urban development and delivering public services. As a result, slums and informal settlements, once a big city problem, are becoming more widespread.

Most so-called ‘smart city’ or ‘new city’ projects under way in India develop outside official city boundaries. They are not new cities at all, but self-contained commercial, residential or industrial enclaves adjacent to major cities. As the planned enclave grows, so does the informal city outside its bounds, catering to construction labour, domestic workers, contract workers, daily wagers and small-scale retailers, a pattern that has accompanied new city development in India since colonial times.

This pattern of privatised, enclave urbanisation undermines the potential of city governments to grow into effective, well-resourced and democratically-accountable institutions. Provincial levels of government, in charge of urban development policy, typically capture revenues from urban development, while municipal and local authorities deal with the costs. State governments have an incentive to undertake lucrative and prestigious smart city projects without taking into consideration their feasibility or real costs. Some will be vanity projects or real-estate boondoggles, diverting precious public resources that would be better spent improving existing urban settlements or providing public services and infrastructure in urbanised rural areas.

India is experiencing rapid urban growth in a context where city governments are weak or non-existent. Deficiencies in urban governance and management in India reflect structural and institutional problems that will not be resolved by advanced data systems or sensor-equipped infrastructure networks. Public-private partnerships, the Modi government’s preferred model for smart city development and management, in order to serve the public interest as well as private interests, will require an effective and locally-accountable government partner. The trappings of a smart city—cyber highways, digital sensors, smart cards and computerised management systems—will remain just trappings, like the city development plans and environmental policies Indian cities regularly prepare but rarely implement, unless city governments have the incentives and resources to use them.

As an example, a centralised data system might help city authorities analyse where flooding is likely during the monsoons and anticipate related problems of water contamination, disease outbreaks and electrical fires. They could take steps to mitigate risks, reach out to affected communities and line up resources to respond quickly. But their incentives to take coordinated action, which localities to prioritise and which ones to disregard, have to do with politics. A city administration is more likely to be responsive if it is accountable to local citizens. And, of course, if it has the data analysts, engineers, fire-fighters and fire-trucks, public health facilities and staff to execute its plan. Even India’s largest and wealthiest cities are under-resourced and under-equipped.

The plan to build a hundred new smart cities is both grandiosely ambitious as well as deeply inadequate. By 2040, India’s urban population will be over 600 million. Amartya Sen describes India as a place where ‘islands of California’ exist amidst a ‘sea of sub-Saharan Africa’. To mitigate, rather than entrench inequities, India needs an urban agenda that is more wide-ranging, inclusive, sustainable and locally-driven than the one centred on new smart cities. To improve urban environments, support decent jobs, tackle urban poverty or adapt to climate-change, cities need not just policies and computerised management systems, but the incentives and the means to implement them.