Preserving our historical baggage: Why a crime severity index is needed for proactive policing

Preserving our historical baggage: Why a crime severity index is needed for proactive policing 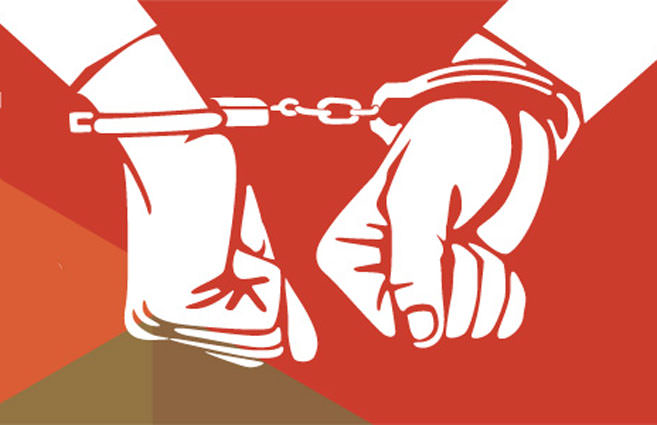 Rahul Mohan completed his bachelors in electrical engineering from VIT University. Post that he worked as a LAMP(Legislative Assistant to Member of Parliament) fellow, assisting a senior parliamentarian in the Rajya Sabha on policy and legislative matters. He currently works as a research associate with Swaniti Initiative, a not-for-profit organisation working in the development sector. During his present stint he has been exploring the intersection between public policy and governance at the district level, on a pan-India basis. He can be reached out through email: [email protected]

In a seminal essay, Thomas Jefferson had contended that every law has its day and it should be laid to rest with the generation that spawns it.

While heeding to an ‘ancient’ clarion call for unleashing modernity may be disingenuous, it seems that our government is ready to take up the gauntlet.  Unfortunately, while it has been burying ‘strictures’, some laws just refuse to die.

One oft derided legislation, is the Indian Penal Code (IPC), a relic of the bygone colonial era. It is a repository of crimes that can be committed within the Indian state, and prescribes punishments to be meted out.

But before we get into judicial waters we need the police to patrol our shores. When it comes to dissecting the slothful criminal justice system, we have elaborate discussions on the burden bore by the judiciary, while the police’s plight is rarely mentioned. Overworked and under-equipped, the police is unable to do justice to the multiple roles it is supposed to perform. But there is one responsibility on which their entire reputation rests; that of fighting crime.
But if the public can grant primacy to one role, can the police prioritize the crimes that they can fight?

It is true that every crime appalls society? But some appall more than others. Hence we have separate sentencing for each of them.  Yet when it comes to assessing the severity of crimes, we don’t rely on the punishments conferred, but restrict ourselves to only what we ‘measure’; the number of registrations as gleaned from First Information Reports (FIRs). While there is a tacit understanding that crimes are under-reported, we obsess over the numbers put out by the National Crime Records Bureau(NCRB) in their annual publication called Crimes in India, because that is the only ‘measurement’ that we make. While this encourages the police to avoid ‘burking’ (non–registration of FIRs), the public hardly bothers itself with the quality of investigation conducted, when in reality it is the major culprit which derails the wagon of justice. Besides there is an element of randomness associated with the duration of the punishment prescribed by the judges which proves detrimental to the morale of the investigators.

Is there a way to wriggle out of this predicament?

The England and Wales police has been using a crime index which enables individual police stations to measure the severity of crimes committed under their respective area of jurisdictions. Each crime(within the index) has been assigned a weight(which will depend on the duration of sentence, the time served in prison and the fines paid) and this value multiplied by the number of instances of that crime gives us a severity score for that crime.
This score provides a true reflection of the security landscape of the places being studied.

An aggregated (total sum of the weighted values for each crime) severity score is also compiled to compare the intensity of crime(s) between various police stations. Hence different police stations lying under the jurisdiction of the same officer are ranked according to their prosecutorial capabilities. This allows the officers-in-charge to contrast the investigative nous of the constabulary under his command.

The aggregated score is also compared to the offence rate (number of crimes per a pre-defined population). In case the score departs massively from the offence rate, the supervisor can assign the duties of the beats bearing in mind the severity of a crime in their locality, as reflected by the score.
This enhances the investigative capacities of the policemen for they can now concentrate on handling cases revolving around that particular crime.

In the Indian context, the absence of a uniform sentencing policy blunts the prosecutorial powers of the police. Imprecise guidelines for issuing punishments promotes whimsical pronouncement of judgements. This dissuades the police from systematically investigating crimes, for there is no guarantee that adherence to protocols will yield congruous results, even if the cases are similar in nature.

The push for a crime-harm index may spur wide-ranging reforms within the Criminal Justice System. To begin with it will require the creation of a comprehensive data-base for the jails and judiciary across all levels. This data-base (which will contain the status of each individual case) can be integrated with CCNTS(Crime and Criminal Network Tracking System), a software launched recently by the police for digitizing their records. The software allows important details obtained from FIRs(like place, timing and weapon used during a crime) to be placed under their respective labels for a better recall value. While the software is in its infancy, the police can take cues from the Accident Report Format(ARF) being circulated by the Ministry of Road Transport and Highways. The ARF is a document through which the ministry has exhorted the police to exhaustively collect data related to road accidents. The civil police can borrow its template to conduct a similar exercise for crimes. This will help them in drafting robust charge-sheets and may reduce the instances of their pleas being dismissed in court due to inadequate information.

To conclude, an index could initiate the coordination between “the rank” and “the file” of the pillars of our criminal justice system. It is hoped that the timeless ideal of ‘justice for all’ will hence become a living, breathing reality.