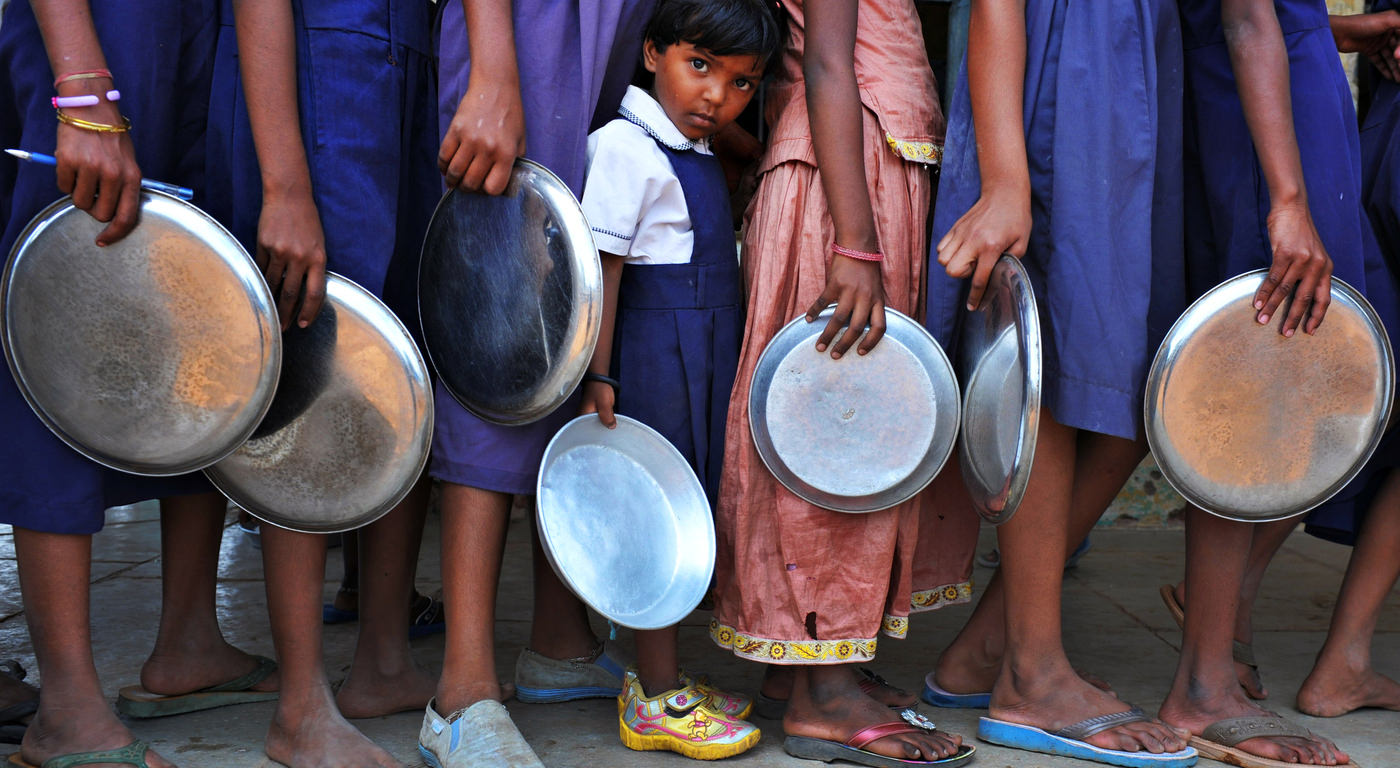 India’s children have well-documented health problems. Over 30% of them are undernourished1 and over 450,000 children were estimated to have died from diarrhoea in India in 2001, more than a third of which were under the age of six.2

To address these issues, federal and state governments in India are actively designing and implementing evidence-based policies at the school level, such as School Sanitation and Hygiene Education (SSHE) programmes and Mid-day Meal (MdM) schemes. SSHE began with some pilots in 58 districts in 1999. Since then the Government of India has been systematically expanding this programme to the Total Sanitation Campaign across India in 2000 and more recently the intensive School Water and Sanitation Towards Health and Hygiene (SWASTTH) initiative being delivered in three states in collaboration with the IRC International Water and Sanitation Centre and UNICEF.3

MdM, was officially launched in 1995 as a means to improve the nutritional status of children while increasing school enrolment and attendance.  Since then, the MdM scheme has undergone several revisions to drive improvement in the nutritional content of meals. For example, in 2001 guidance was introduced for the minimum nutritional content and the  number of meals provided. Three years later, subsidies were introduced to account for ingredient and travel costs; in 2006 guidance on nutritional standards were revised and subsidies were increased; in 2007 coverage was extended to upper class grades and more educational institutions.4

Despite the tremendous progress made in India’s SSHE and MdM programmes, there is still wide unwarranted variation in the resources available for them across states as well as the efficiency and effectiveness of implementation of both programmes.  This leads to unwarranted variation in nutrition and health-related outcomes in India’s school children.  To begin to tackle these inequities, in 2014 Ashoka Innovators for the Public in partnership with the Swiss Re Foundation launched the Nourishing Schools Initiative in India which aims to:

One of the key principles of Nourishing Schools is to properly measure the impact of its interventions. As a first step towards understanding the hygiene practices of India’s children (9-14 years), baseline measurements were taken for a variety of different metrics for school-going children in 20 schools in Maharashtra (n=2093) and 20 schools in Assam (n=1068).   One of the first areas Nourishing Schools and our group, the Value Based Healthcare Programme at the University of Oxford, wanted to explore, and which is the focus of this post, was the cause of diarrhea prevalence.  Analyses of the baseline data revealed significant unwarranted variation in school implementation of SSHE and MdM programmes as well as unwarranted variation in diarrhea prevalence within schools, between schools and between different districts.  Further to this, we found variability in the aetiology of diarrhea prevalence.  For example, in Maharashtra, despite soap availability, children were not using soap after toilet use which led to a 16 fold increase in their chances of getting diarrhea [manuscript under review], and in Assam we found that ~70% of children with diarrhea had gastrointestinal problems after eating their mid-day meal [manuscript under preparation].

There are several important things to learn from this work: first, evidence-based policy is necessary but not sufficient to drive impact on the ground; effective and efficient implementation is essential.

Second, at a school level, we have highlighted key areas for intervention, which gives us something to focus on and which will be used going forward to drive change at these schools as the Nourishing Schools Initiative continues.

Finally, the fact that there is variation demonstrates that while some schools are obviously doing poorly, some schools are doing very well. This gives us hope that we can harvest insights from the schools that are doing well to derive context-specific strategies that can be used by the poorly performing school to improve.

Our ambition with this work is to create a learning network among the different schools and districts so we can learn and share with each to drive better outcomes for these children. If you would like to join in this effort please drop me a line – any and all ideas on how to improve nutritional status of children in India are very welcome!