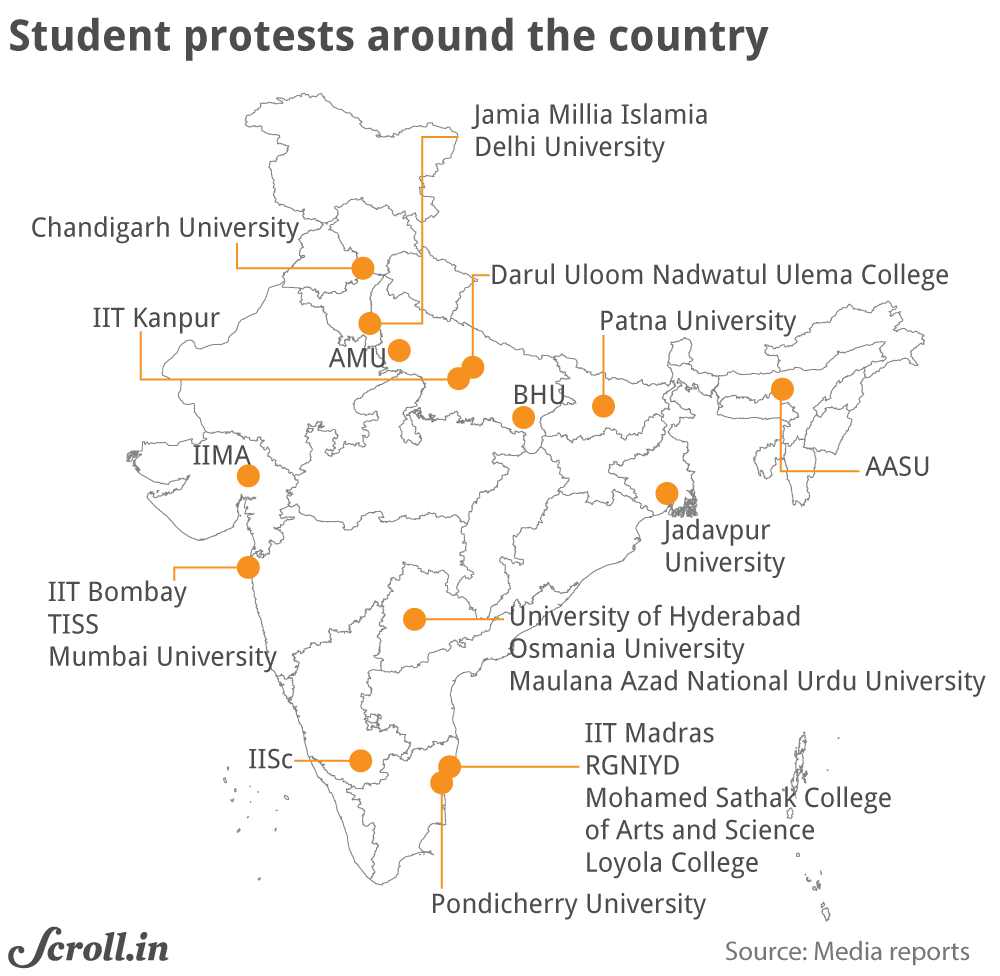 Madhav Thambisetty is a neurologist in Ellicott City, Maryland, USA. He did a DPhil in Clinical Pharmacology at Green College, Oxford (1995-1998) and was the Emanoel Lee research fellow at St. Cross College, Oxford (2004).

My wife is increasingly worried as calls to her mother’s phone in Guwahati remain unanswered for the third day. The Government has shut down internet and phone services in the Northeastern Indian state of Assam to ostensibly quell rumors and fake news related to growing protests against the Central Government’s Citizenship Amendment Act (CAA) that provides a path to citizenship for non-Muslim minorities from neighboring Pakistan, Afghanistan and Bangladesh.  The army is patrolling the streets and at least two fatalities have been reported from police firing upon protestors. For the past few years, I have waited in eager anticipation of our annual summer vacation to my wife’s home in Guwahati, the capital of Assam. Named for the Ahom kings who reigned uninterrupted for six centuries, Assam is breathtakingly beautiful with vistas that span the mighty Brahmaputra river to lush tea gardens set amidst verdant rolling hills. From their well-earned reputation for being fiercely sly warriors, intrepid explorers, skilled architects, benevolent rulers assimilating into local cultures rather than annihilating them, the Ahom story has fascinated me for years. This summer however, even as I immersed myself in the exhilarating past grandeur of Sibsagar, the fabled 17th century capital of the Ahom kingdom, I watched the slowly unfolding horror of the Government’s implementation of the National Register of Citizens (NRC) in the state.

Framed as a measure to identify illegal immigrants mainly from neighboring Bangladesh, the NRC sought to define and identify illegal immigrants in Assam as those entering the state after 1971 without proper documentation. As the deadline for formal publication of the NRC approached, it became increasingly clear that a large proportion of the two million illiterate, impoverished residents deemed illegal under the new rules in Assam were Bengali-speaking Hindus, a traditional vote bank of the BJP, India’s ruling right-wing party whose explicit agenda to transform India from a secular democratic republic to a majoritarian Hindu state has assumed a brazen legitimacy after its return to power for a second five-year term.  Through the CAA however, the Government has schemed a way out by imposing a nation-wide test of religion for the first time in India’s history and so long as one can prove they are not a Muslim, they are on a guaranteed path to Indian citizenship. Those who fail the test and are deemed undocumented are set to be held in detention camps that are being built to house them while they await deportation to their countries of origin. This pernicious attack on the very idea of India as a vibrant, pluralistic society threatens to revisit the untold horror and humanitarian crisis of its post-independence partition days. While the protests in Assam are motivated in large part by fears of economic disadvantage wrought upon the local population by an influx of migrants and not due to the inherently anti-Muslim discriminatory nature of the CAA, it represents a welcome, albeit token symbol of resistance to the systematic state-sanctioned dismemberment of India’s secular identity.

As an Indian citizen living in the United States, I have asked myself how I might register my protest in a meaningful and non-violent manner. Harsh Mander, a human rights activist, retired member of the Indian Administrative Service and an “agnostic-Sikh,” recently proposed that he would register himself as a Muslim in an act of civil disobedience and refuse to submit any documents to the NRC, inviting the Government to punish him in the same manner as it would any Muslim- by indefinite detention and withdrawn citizenship. While I ask myself if I can ever muster the courage to engage in this Gandhian satyagraha- a non-violent protest from several thousand miles away, I also wonder how else I might register my objection to this abhorrent legislation. I have, for the past decade lived and worked as a lawful permanent resident of the United States, using the mythical “Green card,” lusted after by every immigrant as a surefire way to becoming a naturalized American citizen. I have not felt the need to do so despite the obvious comforts and coveted status a US passport immediately bestows upon the holder. I have chosen instead to retain my Indian passport for reasons that my well-meaning friends and family have attributed variously to sentimentality, misplaced patriotism, foolishness and ignorance. My passport proudly bears the national emblem of India- the four-headed lion. Designed as the seal of Emperor Ashoka who reigned in the third century BCE, it is today a poignant reminder of the Buddhist monarch’s dhamma or moral code to protect all his people irrespective of their religious beliefs and place their welfare as his guiding principle of governance. This philosophy of tolerance of all religions and inclusivity of all cultures has been India’s moral lodestar for well over two thousand years until today. As I watch the steady erosion of Ashoka’s dhamma and witness India’s descent into intolerance and Hindu majoritarianism, I have decided to renounce this hollow relic of my country’s bygone past and give up the very citizenship that is going to be denied to millions of my countrymen based on a test of their religion. Last week, rather than renew my Green card and retain my Indian passport, I filed an application to become a naturalized American citizen. It is a small but symbolic token of protest that I will register, while seeking other ways to fight the upheaval of my country’s founding principles.