Rationalising Policy Choices & their Impact on Railway Modernisation: A Perspective on the Vande Bharat Project 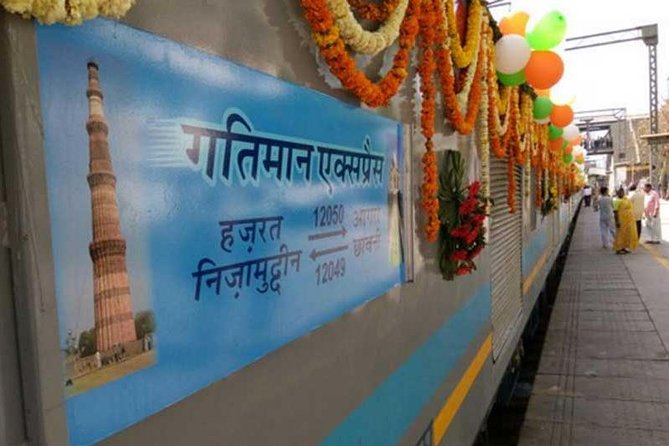 Rationalising Policy Choices & their Impact on Railway Modernisation: A Perspective on the Vande Bharat Project

Chitresh Shrivastva is currently associated with the Department of Media Studies, CHRIST (Deemed to be University), Bengaluru, India as a guest faculty and is an independent railway policy analyst and writer on domestic and global railway policies

The Indian Railways is a 167-year-old organisation which enjoys a global reputation, counted amongst the largest railway networks globally and in the South Asian region. The decades following 1960 onwards have been witness to some massive transitions as the railways in the global scenario opened up to strengthening their network and revamping their operational speeds. India too followed suit with the first long-distance, high-speed service dedicated to the nation on 3rdMarch, 1969 when the first Rajdhani service, connecting the state capital Kolkata to India’s national capital New Delhi, chugged out of the station paving way for future projects aimed at speeding up the Indian railway network. This is an ongoing process given the dynamism exhibited by the railways in the global arena. India’s membership in the International Union of Railways as an active member can also be attributed to the reasons behind its changing outlook towards the idea of railways from a mere colonial instrument to an important driver of the economy. On a similar note, India’s impending high-speed projects are also symbolic of its emerging competitive spirit and the determination to mark its place amongst the global high-speed rail networks. As India awaits its first ‘high-speed’ rail corridor, it is important to note the progress that India has been making in exploring the potential of semi high-speed rail corridors at the domestic level. The Train 18 or Vande Bharat Express project is an exemplary example of the in-house modernisation project.

Despite the traction that the project gained in its early days of conceptualisation, recently, it is being gradually phased out through poor policymaking and the rigid attitude of the railway bureaucracy to adopting and experimenting alternative technologies. Projects such as the Mumbai- Ahmedabad High-Speed Rail Corridor, saddled with uncertainty given the socio-economic concerns surrounding the project, ranging from resettlement of the affected groups to adequate compensation to the farming community, who have been greatly impacted by the project  involve high stakes.

As we stare at the solutions available with the existing infrastructure and technology available at our disposal, it is unfortunate to note that the Vande Bharat project touted as a key to improving India’s position in the global railway community has gradually lost momentum in the policy and political circles. In the following article, we discuss the potential outcomes that the project has to offer in the greater interests of India’s ambitious railway modernisation project.

The Idea of Train 18: Opportunities and Challenges

February 15, 2020, was a watershed moment in the history of railways with India’s first trainset christened Train-18 or the Vande Bharat Express inaugurated on the New Delhi – Varanasi route. With a cost of manufacturing at just INR 100 crores and inclusion of modern technologies such as regenerative braking became a major attraction not just for India, but the international community at large.

Train 18 is not the first time India attempted to exploit its current infrastructure to optimise the operational speeds of trains. In the past, India’s successful trials with Gatiman and Tejas fleet have also highlighted the long-term benefits of improving connectivity between cities of tourist importance, paving the way for the Train 18 project with a new approach to how India travels. In a tug of war between aviation and the railways,  Train 18 could also emerge as a major competitor to aviation’s UDAN scheme by not just providing seamless connectivity to smaller cities, but also making ‘high-speed’ trains accessible to the middle strata of the society deprived of an airport or lacking access to aviation due to its fare dynamics. When looked at from the sustainability point of view, the railways are in a much better position compared to airlines. The railway sector receives massive budgetary support, essential to the railways in shape its approach with the changing demands of rail travel.

It is an economically viable option compared to the bullet train project, given the train’s ability to operate at semi-high-speeds on the existing infrastructure, much of which is being strengthened to help meet the objectives of Mission Raftaar envisioned by the government. The project, unfortunately, has been a victim of poor policy choices with the railways being sceptical of the success rate of the Train 18 project. This is further supplemented by the railways progressing at a disappointing pace on projects crucial to catalysing the spread of Train 18 with 3,479 kilometres of the track yet to undergo a gauge conversion. Similarly, India’s ambitious yet capital intensive project is yet to be completed to help expand the choices of intercity travel by rail through the introduction of the Vande Bharat fleet of trains. What poses a challenge to the possible rise in popularity of the Vande Bharat Express is the negligible difference in the fares of Vande Bharat and the aviation players operating in the same sector, marked by a humungous variation in anticipated travel time. A flight journey between New Delhi and Varanasi would take an hour and 35 minutes, compared to the 8 hours taken by the Vande Bharat Express (Train 18) to cover the same distance.

The Larger Picture of the Vande Bharat Project for Railways

India’s intention to compete with the developed railway networks globally is desirable. What hinders its progress is the overshadowing of a rigid railway bureaucracy holding them back from accepting the emergence of trainsets as the current instrument of railway modernisation. The quest for high-speed rail in India has its own political and diplomatic interests, risking the hope for economies of scale while undertaking capital intensive, high-risk investment that endangers the sound economic functioning of the railways. The Vande Bharat project envisioned a change in approach to railway modernisation. This, however, has been stalled due to reasons unknown. The railways must accept and adapt to inevitable yet positive changes, such as the Vande Bharat Project and proactively engage in more economically viable options while exploring high-end projects with a long gestation period such as the bullet train. Indigenisation and economic viability of the projects are the key factors to improving a country’s stand in the global community and the Train 18 project is the key to building a strong and positive image in the global railway community.