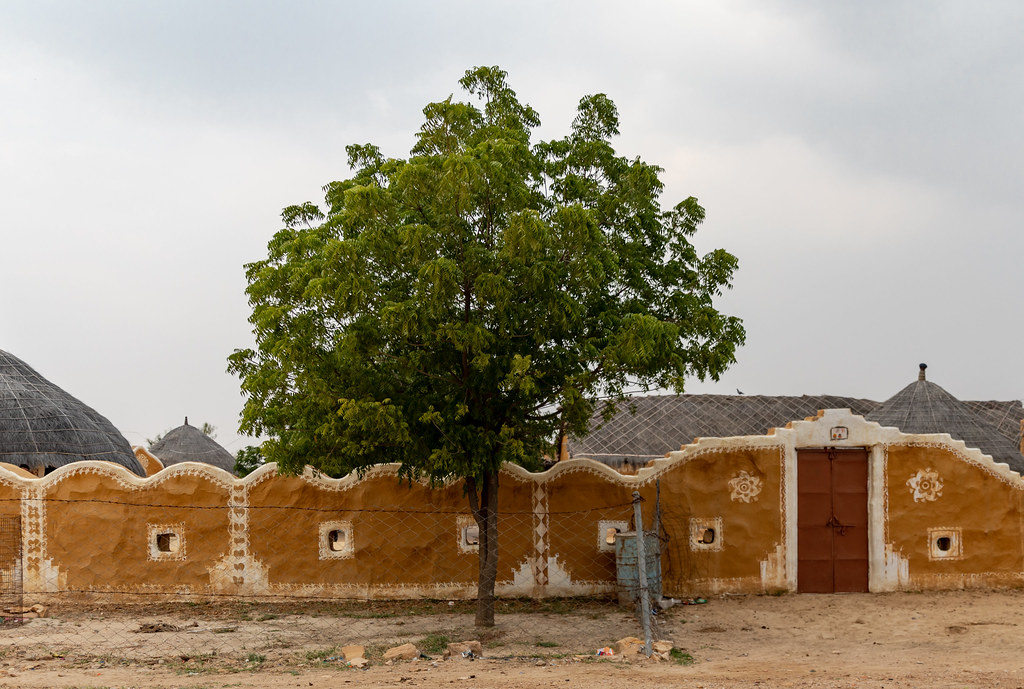 Vikrant Singh, is currently an Analyst (Research & Training), Haqdarshak Empowernment Solutions. Before that he was a Research Associate for Pranab Mukherjee Foundation. He is also a resident fellow at the Centre for Competition law and Economics, Bangalore.

With 10.38 crore elderly persons above the age of 60 years, India has a significant number of elderly population. As per the latest Census, this population has increased from 5.6% (7.66 crore) in 2001 to 8.6% in 2011. Around 71 percent of this population resides in villages as per government reports (PTI, 2016). This populace is marginalized not only because of their poor socio-economic status but also because of dependence on their families due to old age. Latest figures showsthat around 75 lakhs (1 lakh is equivalent to 100,000) pension beneficiaries are present in the state of Rajasthan. Among them, 50 lakhs are old-age pensioners, 5 lakh people are physically disabled and around 17 lakhs are widows. All these beneficiaries are covered under various central and state pension schemes namely the Indira Gandhi National Old Age Pension Scheme (IGNOAPS), Indira Gandhi National Widow Pension Scheme (IGNWPS) Indira Gandhi National Disability Scheme (IGNDS), Chief Minister Old Age Pension Scheme (CMOAPS), Chief Minister Widow Pension Scheme (CMWPS) and Chief Minister Disabled Pension Scheme (CMDPS).

To fulfill its constitutional obligations under Article 41, the Government of India introduced the National Social Assistance Programme (NSAP) that laid the foundation for a National Policy for Social Assistance for the poor in the year 1995. NSAP at present comprises of Indira Gandhi National Old Age Pension Scheme (IGNOAPS), Indira Gandhi National Widow Pension Scheme (IGNWPS) and Indira Gandhi National Disability Pension Scheme (IGNDPS). The Social Justice and Empowerment Department (SJED), Government of Rajasthan implements the various pension schemes run by the government. For availing these schemes, a beneficiary has to register through Common Service Centre (CSC) like e-Mitra or the Rajasthan SSO portal. After the verification and sanctioning process, the amount is disbursed through Direct Benefit Transfer (DBT) in the beneficiary’s bank account or via money order through Post Office. 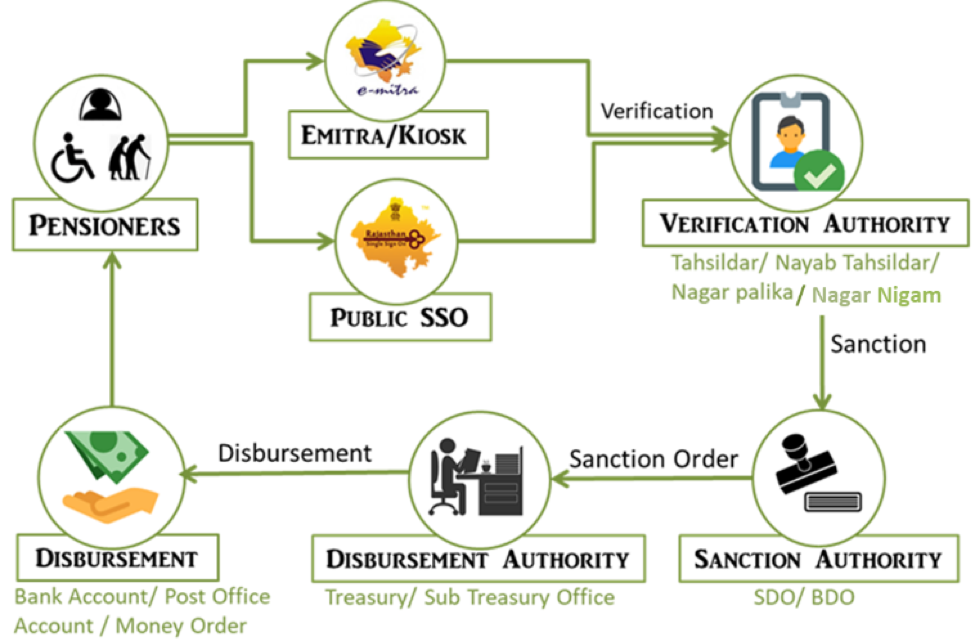 In spite of the various schemes run by the government, the beneficiary are not able to avail benefits of the schemes because of immobility due to old age or physical disabilities, unaffordability of conveyance to reach the bank, unrecognized thumb impressions, unfair practices by postmen in delivering money orders or exclusion of some beneficiaries, who have been declared dead.

Pension is being disbursed through two modes, payment by money order through the post office and payment by cash transfer to the bank account. From the survey conducted by the (Mazdoor Kisan Shakti Sangathan (MKSS), it was found that postmen duped the pensions that were received via money order in the majority of the cases. The PPO (pension payment order) slips were torn by the postmen in a manner that the amount printed was unrecognizable. Hence, the person could not find out how much pension they were entitled to, and how much was the increment, if the government had increased the amount. Moreover, the amount received by pensioners in Rajasthan was the meagre sum of INR 500, which is lower than INR 1000 to 2000 offered by some states and union territories.

The second mode of pension disbursal is the direct cash transfer to the beneficiary’s bank account. The problem with this mode is closely related to the mobility of the beneficiary to reach the bank branch. The bank branches are usually located at the tehsil level, sometimes far away from the interior hamlets. Old age, disability, higher or sometimes even non-availability of transportation options make bank branches inaccessible. Sometimes, two-way transportation cost INR 500, which is equal to the pension amount. The situation is particularly grim for beneficiaries whose only source of income is their pension amount.

Another problem that surfaced during the survey (Conducted by the authors) was the un-recognition of the fingerprints of the beneficiaries. Most of the beneficiaries were labourers and with growing age, their fingerprints were fading away, making them unidentifiable for Point-of-Sale (POS) machines as well as for banks. Consequently, they were deprived oftheir pension because of non-identification of biometrics

Bringing Banks to the Doorsteps

The Business Correspondence (BC Model) first started by the RBI in 2006 as per the recommendations of Khan Committee’s report on Rural Credit and Microfinance , are individuals/entities engaged by banks (commercial banks, Regional Rural Bank and Local Area Banks) for providing banking services in unbanked/under-banked geographical territories. A banking correspondent works as an agent of the bank and substitutes for the brick and mortar branch of the bank. These correspondents use ICT in the form of POS enabled handheld devices and mobile phones for providing banking services to the citizens .

This Model can work perfectly in the rural remote areas where establishing bank branches are difficult either because of the terrain or absence of any mode of transportation. Moreover, as described above, the existing pension delivery mechanism is also suffering from myriad lacunas. In these circumstances, the BC Model can provide better service delivery as BCs can reach the beneficiaries at their doorsteps. Thus, the beneficiary would not have to spend a single penny on travelling if the bank is far away. As the BCs are from the same village, accountability can be ensured to an extent. The beneficiaries can also get the correct information about their current status of pension. Financial literacy and spreading awareness among the citizens is also one of the important functions of a BC, and thus this would help increase financial literacy numbers in the state. In addition to it, the model can also serve as an employment opportunity for the local village youths. They can work as BCs and provide banking services in the village itself.

The Business Correspondence model or the third-party model of banking is a new paradigm shift in the present banking system. The model is ICT driven and hence efficient and swift especially in rural areas. Government of India is already working towards providing better Internet connectivity in the rural remote areas through its “Digital India” initiative, which can further boost the BC Model in the villages. With RBIs active promotion of BC Model in achieving the goal of financial inclusion , its extension to rural areas will serve an excellent mode to ensure social security to these groups.