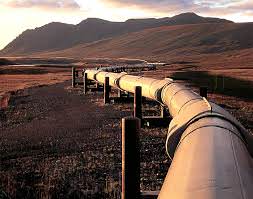 Tanvi Ratna is a student of International Relations at the Lee Kuan Yew School of Public Policy and Georgetown University. She has worked previously with the Indian Ministry of External Affairs and the United States House of Representatives Committee on Foreign Affairs.

The much hyped energy rivalry between India and China has seemingly played a part in the new great game in Central Asia. Popular media laments India’s sluggishness in following China’s footsteps. However, upon closer examination, the two countries aren’t quite playing the same game; their motivations and limitations with regard to Central Asia are different, a fact that is often ignored in surface comparisons.

China began to take serious notice of Central Asia in the late 1990’s, following a series of critical events. Losing energy self-sufficiency and becoming a net oil importer in1993, the Taiwan Strait crisis and South China Sea disputes with the Philippines in 1995-6, all heightened Chinese insecurity about relying on US-controlled oil sources and supply routes. Additionally, domestic security was threatened as Uyghur separatist movements were rising in Central Asia and spilling over into China. Not only could the large untapped energy reserves in Central Asia be transported directly over land borders through pipelines, China could take advantage of American and Russian inattentiveness to influence Central Asia.

India does not share China’s insecurity of energy sources or supply routes being under US influence. Thus, the drive to own energy resources is not as acute. As long as oil reaches the market, it will be available to India. If India is keen on owning assets, it is to limit Chinese control over energy or for lower prices. Unlike China, India also didn’t have major security concerns from Central Asia, making it unnecessary to entrench itself into the region long-term for stability. However, this security calculus has changed recently, with terrorist bases spreading to Tajikistan after the Afghanistan war.

India also faces some major limitations compared to the Chinese advantage in Central Asia. The most serious limitation is connectivity. While China shares close to 3000 km in land boundaries with Kazakhstan, Kyrgyztan, India has absolutely none. Land connectivity can only be created by traversing through Pakistan and Afghanistan, both unstable and dangerous. Thus, direct bilateral pipelines and extensive land based trade, which are the hallmark of Chinese involvement, are not really an option for India. Central Asia remains landlocked and thus, sea links are also limited – through Russia, Iran, or China. While the Iranian option was most favorable to India, heavy Western sanctions have made businesses weary of trading through this route.

China entered Central Asia’s energy markets in 1997, when China National Petroleum Corporation (CNPC) acquired a 60.3% stake in Kazakhstan’s AktobeMunaiGas, gaining access to three oilfields and an exploration block. By contrast, India’s first acquisition was only in 2011 and much smaller – a 25% stake in a single oil bloc, the Satpayev. Interestingly, CNPC was bidding against established oil majors; the company not only cleanly outbid every rival, it also paid the cash strapped Kazakh government a generous bonus upfront and conducted feasibility studies on a pipeline to Xinjiang, offering the Kazakhs a non-Russian export line. This combination of China’s deep pockets, technological expertise in exploration and infrastructure and commitment to the region has eased the path to a rapid and impressive range of acquisitions and partnerships. China followed a two pronged strategy to building energy security in Central Asia. First, China acquired energy assets – both oil blocs as well as oil companies. Second, China used its technological prowess to get entrenched in the energy infrastructure and industry in the region, thus, creating interdependence between China and Central Asia, whether by building pipelines or setting up petrochemical plants

India has also made some progress in energy. Political maneuvering is under way to get India acquisition of a second oil bloc in Kazakhstan’s massive Kashagan oilfield. Thought a pipe dream for almost two decades, the Turkmenistan-Afghanistan-Pakistan-India (TAPI) pipeline took solid shape in May 2012, with the signing of gas sale and pricing agreements. Several geopolitical factors enabled the signing– America’s solid support, given the desire to counter Iranian, Russian and Chinese influences and the New Silk Route Strategy for Afghanistan; Pakistan’s crippling energy and economic crisis; India’s need for cheap alternatives to LNG and Turkmenistan’s search for steady buyers for its gas. However, a consortium of companies is yet to be found to finance, build and manage the pipeline. Given the insecure environments and difficult terrain of Afghanistan and Pakistan, this is proving more than difficult. Another initiative is the currently touted ONGC bid to buy ConocoPhillips’ 8.4% stake in the Kashagan oil field.

Money and cultural leverage are two other major limitations on India vis-à-vis China. In terms of economic leverage, India lags behind China in aid, trade as well as purchasing power of oil companies. Indian trade with Central Asia stands at a meager USD 500 million, compared to the USD 29 billion of China, Central Asia’s largest trading partner. Indian aid is miniscule at USD 5.4 million compares to the hundreds of millions given by the Chinese. Majority of Chinese acquisitions in Central Asia have been financed by Chinese oil majors themselves, who are flush with profits, compared to periodically declining profits at India’s ONGC. Culturally, China has a large Uyghur population with deep ties to Central Asia. China’s growth story has also branded it favorably in the minds of Central Asia’s leaders. The Indian Mughal dynasty may have originated in Central Asia but this does not feature heavily on either the Indian or Central Asian psyche. At a Track-II dialogue in New Delhi in 2012, the Kazakh Ambassador spoke repeatedly of the need to “create an attractiveness for India” in the Central Asian mind.

The constraints on India warrant quite a different approach from the one being employed by China. Promisingly, an intelligent strategy is slowly developing which is focused on building economic and cultural leverage. It should translate into greater energy gains for India in the future. India’s ties with Kazakhstan, Uzbekistan and Tajikistan have been upgraded to the level of strategic partnerships. In June 2012, the Indian Ministry of External Affairs (MEA) launched a revamped “Connect Central Asia” policy, largely a soft power offensive, focused on increasing connectivity with Central Asia and rebranding India in the Central Asian psyche. Innovatively, the MEA has focused on air connectivity to increase trade and people-to-people exchanges, by opening up 14 flights per week to operate to Central Asia countries. As for rebranding India, the MEA has taken a path of “IT diplomacy” and launched flagship projects to highlight India’s technological prowess in the region – setting up an “E-Network” connecting the entire region to deliver e-education and telemedicine, as well as IT training centers and universities.

India’s focus is to build a “development partnership” in the region, not focused on extracting resources but on developing human capital. While a clever long-term strategy that might later translate into bigger gains in trade and energy, its effectiveness remains to be seen.