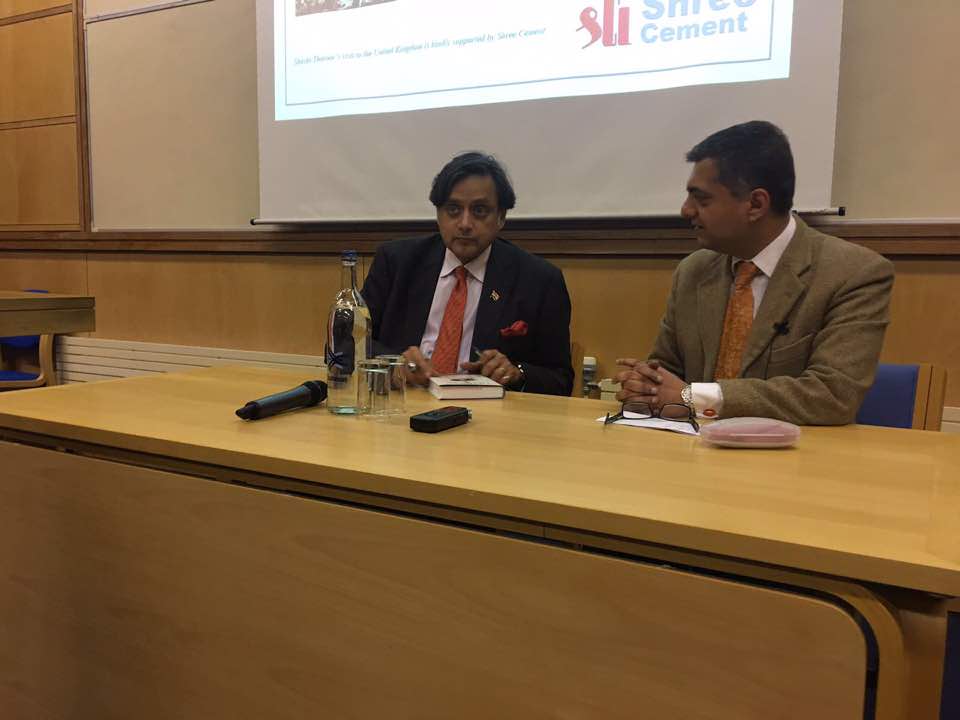 
Dr. Shashi Tharoor returned to Oxford to after the captivating 2015 Oxford Union debate for the OIS Oxford India Speakers Series!

Notable as both a politician and a writer, Dr. Shashi Tharoor is currently serving his second-term as Lok Sabha MP and as the Chairman of the Parliamentary Standing Committee on External Affairs. Over the years he has held multiple roles including servings as Under-Secretary General of the United Nations under Kofi Annan’s leadership.

Dr. Tharoor has also authored numerous novels and non-fiction works including The Great Indian Novel (which received the 1991 Commonwealth Writers' Prize). His latest book “An Era of Darkness: The British Empire in India” was the focus of the event. In this bold and incisive reassessment of colonialism, Tharoor exposes to devastating effect the inglorious reality of Britain’s stained Indian legacy. Dr Shashi Tharoor looks to takes on and demolish the argument that British imperialism in the Indian subcontinent was a form of enlightened despotism that would benefit the Indians, and aims to demonstrate how every supposed imperial ‘gift’, from the railways to the rule of law, was designed in Britain’s interests alone.

He was interviewed by our Senior Member, Dr Faisal Devji, Director of the St Antony’s College Asian Studies Centre.