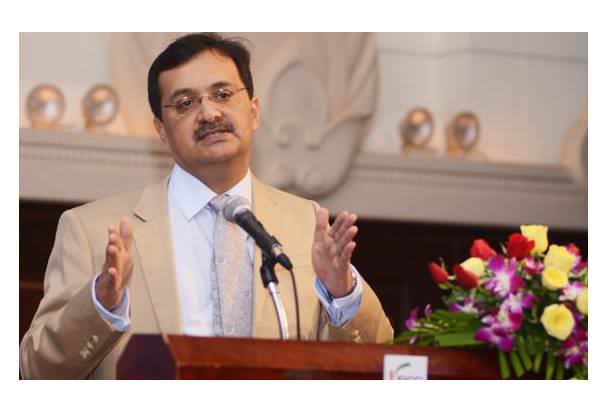 India in an age of disruption with DHC of India

The OIS Oxford India Speaker Series and the Oxford India Centre for Sustainable Development hosts a short talk on India's role in an age of disruption by the Deputy High Commissioner of India, Dinesh Patnaik, followed by a unique opportunity for students to ask questions to a representative of the Indian government in the UK.Ambassador Dinesh Patnaik, is the current Deputy High Commissioner of India in the UK since 2016. He is a career diplomat of the India Foreign Service for over 25 years, serving in highly placed positions in locations such as Dhaka, China, Vienna and Morocco. Between 2007-2009 he served as the UNES Director/Joint secretary, overseeing works relating to the UN.