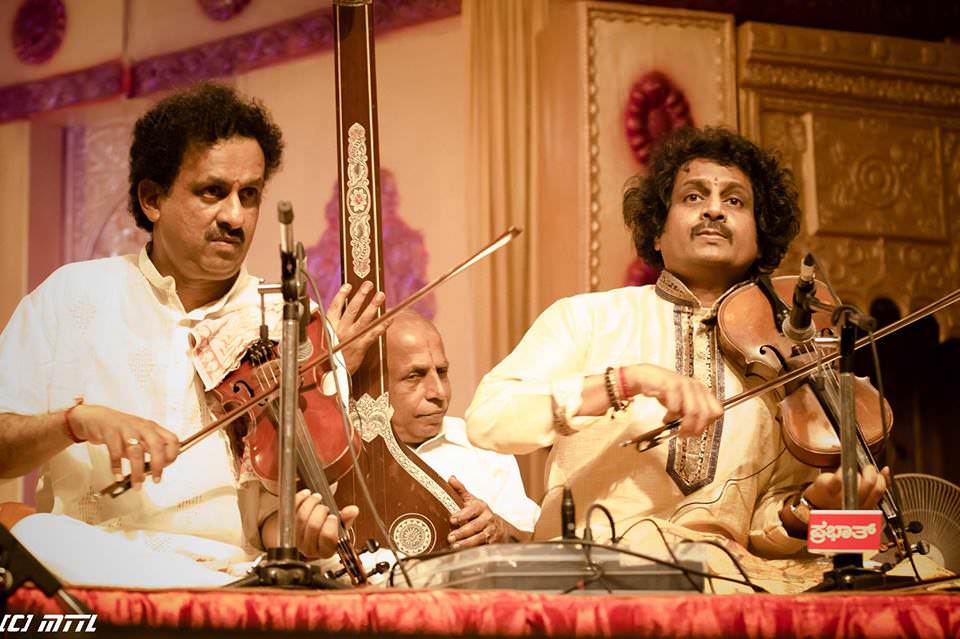 The Faculty of Music at the University of Oxford and Oxford India Society (OIS) is proud to present:

Though there are many famous violinists in India, Manjunath and Nagraj, collectively known as the Mysore brothers, hold a unique spot in the hearts of classical music fans.

Popularly called the Mysore brothers, they are two of the best violinists today in the contemporary music scene. Born to a violinist, Prof. S. Mahadevappa, they were schooled from a very early age in playing the violin.

From child prodigies to trail blazers, captivating audiences & critics, The Mysore Brothers have created an unrivalled record as star performers in prestigious organizations world over. From Royal Albert Hall to Sydney Opera house, from Common Thread Music festival in the USA to Federation Square in Melbourne, from World Music Festival in Chicago to Esplanade Theatre in Singapore, to Santa Fe Festival in New Mexico... The Mysore Brothers have enthralled audiences all over the world.

The Los Angeles Times warmly noted that they have "crossed over so many boundaries to create a musical wonder".